The first thing an American notices about Hee Welling is his unusual first name. “It is also very rare in Denmark,” he says. “It’s an old family name on my father’s side, and it comes from a small town in the west part of Jutland (the major peninsula that forms Denmark). And the funny thing is, next to the town of Hee is another small town called Velling. Today, there are three Hees in the family – my uncle, my nephew and me.”

The son of a cabinetmaker, Welling grew up in his father’s shop, right next to the family home in Jutland. “In the beginning, I was not allowed to use the real machines,” Welling recalls, “so I did a lot of stuff by cutting and drilling. I remember I built a lot of boats, cars, slingshots and bows and arrows – all in wood.” Drawing was also a major pursuit, “so I always knew that I would like to work in a creative environment.” Despite the upbringing, he didn’t discover a passion for furniture design until attending an art and design folk school. Soon after, he was accepted at the Royal Danish Academy of Fine Arts to study furniture design.

Establishing his own studio in Copenhagen in 2003, Welling got his first big break with a chair that, being made entirely of metal, was quite a departure from the cabinetmaking shop. “The Hee Collection for HAY was my breakthrough,” he says, referring to the Danish design firm. “During my studies, I got very fond of steel, due to the strength, production methods and simple constructs it makes possible. There was also an environmental aspect because one of the biggest challenges when recycling furniture is separating all the different materials. But by using only one material, that is made much easier.”

Showing the chair at the Copenhagen furniture fair in 2004, in a special area for upstart designers, Welling quickly had four manufacturers interested. Then on the last day of the show, Rolf and Mette Hay, founders of HAY, came by the booth and made an immediate connection. “Rolf and Mette came with a passion for design, energy and knowledge that was really incredible and inspiring,” Welling recalls. “So we started our cooperation the day after and have worked together on different projects ever since.”

The most major of those became the About A Chair Collection, which began with an idea for a special base and grew into a large assortment of side and lounge chairs and stools. Rolf Hay had wanted to develop a simple chair and asked Welling if he’d like to join the project. “There was no doubt,” Welling says. “I was ready.” Independently, he had been working on a swivel base that could be made knocked-down, a novel approach. “That base was integrated into the project and together with a veneer base and a chair shell – with and without an armrest – we had our first models in the AAC collection,” Welling recalls. “Today there are more than 80, with the variations.”

Like the name Hee Welling, the About A Chair name garners immediate attention for its unusualness. “We were working with alternatives,” Welling recalls, “but one day Rolf called me and said, ‘I got it! The name is “About A Chair” because that’s exactly what it is: We are telling a story about a chair.’” 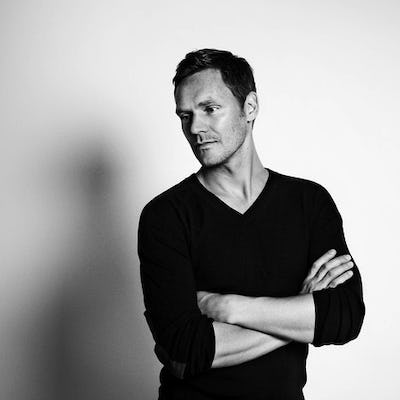 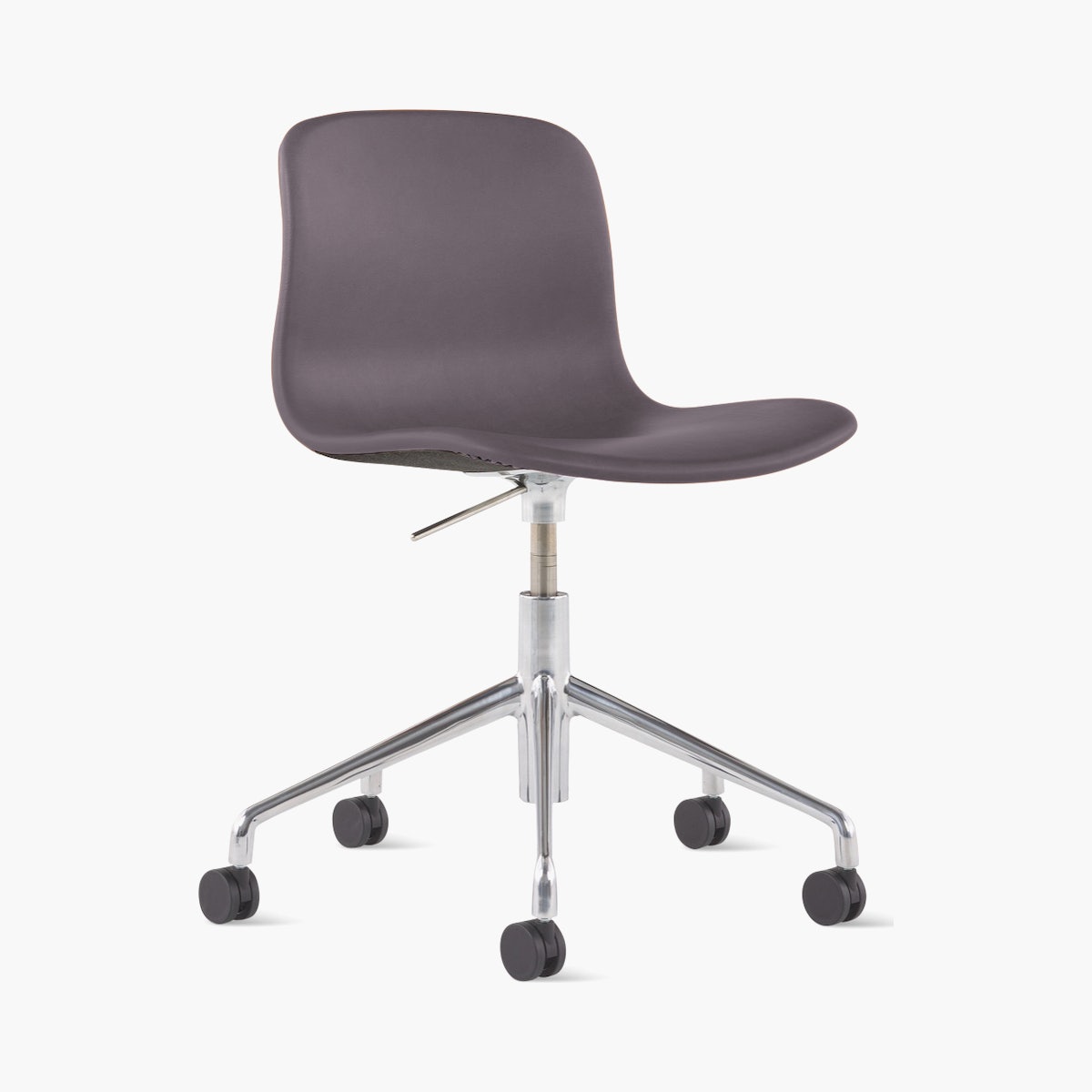 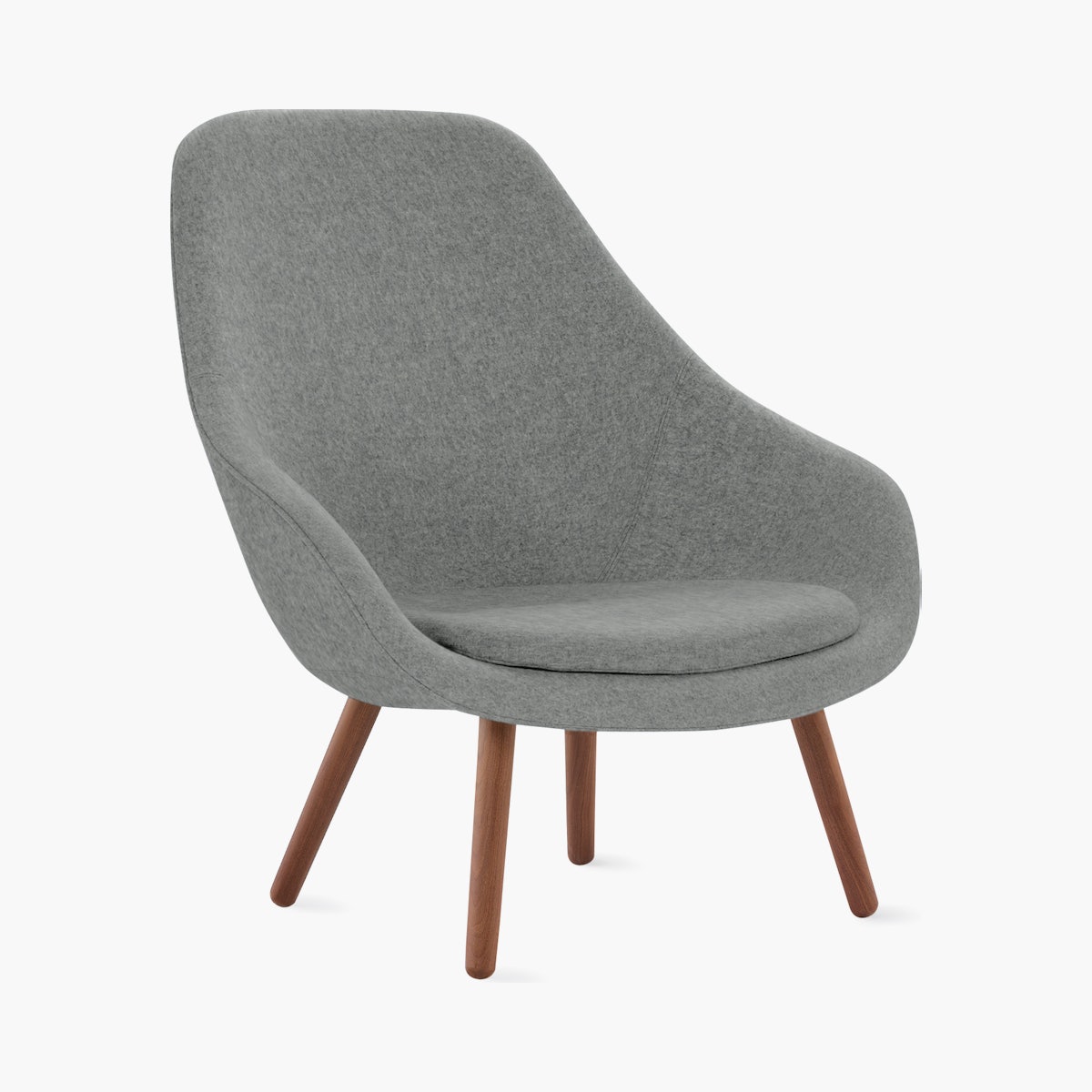 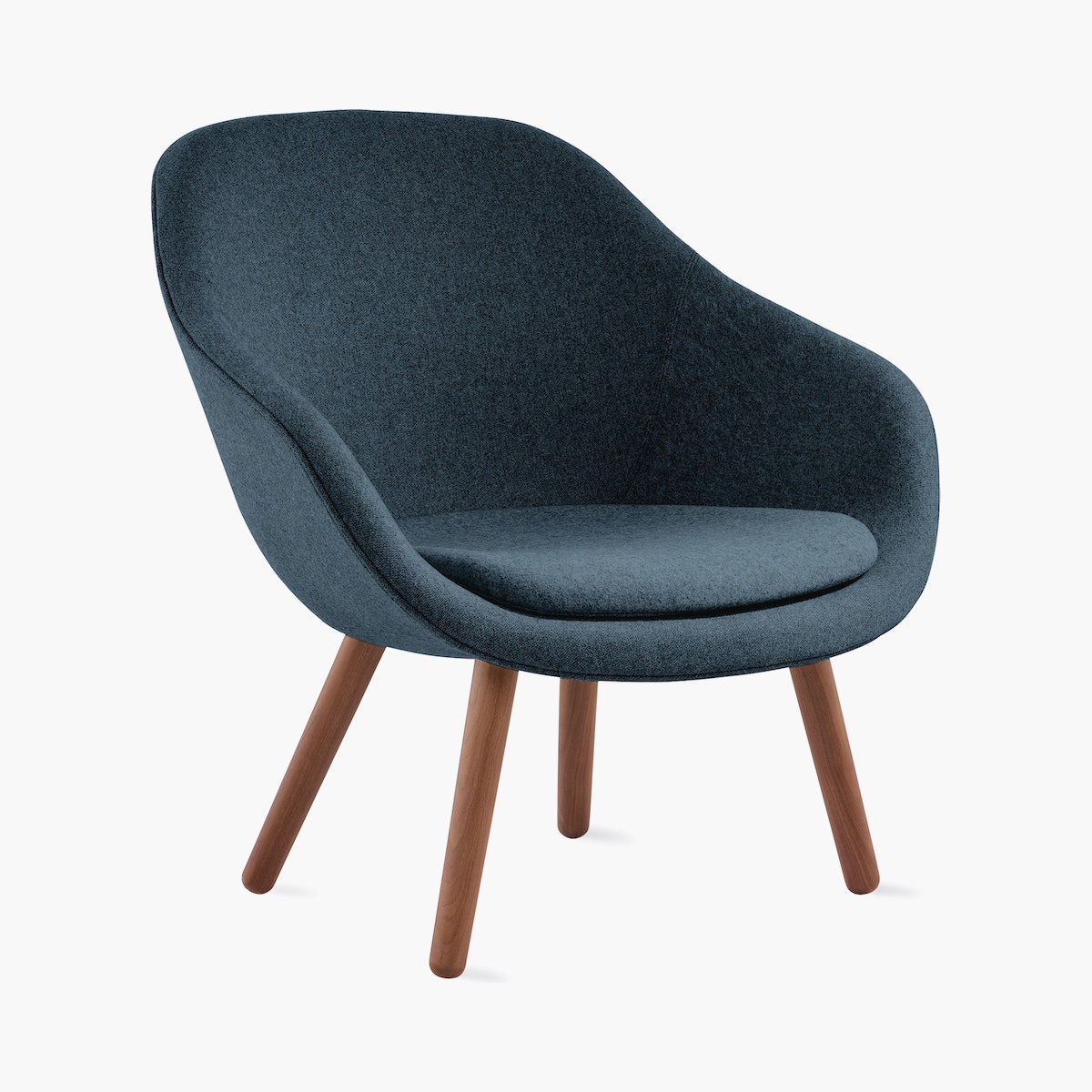 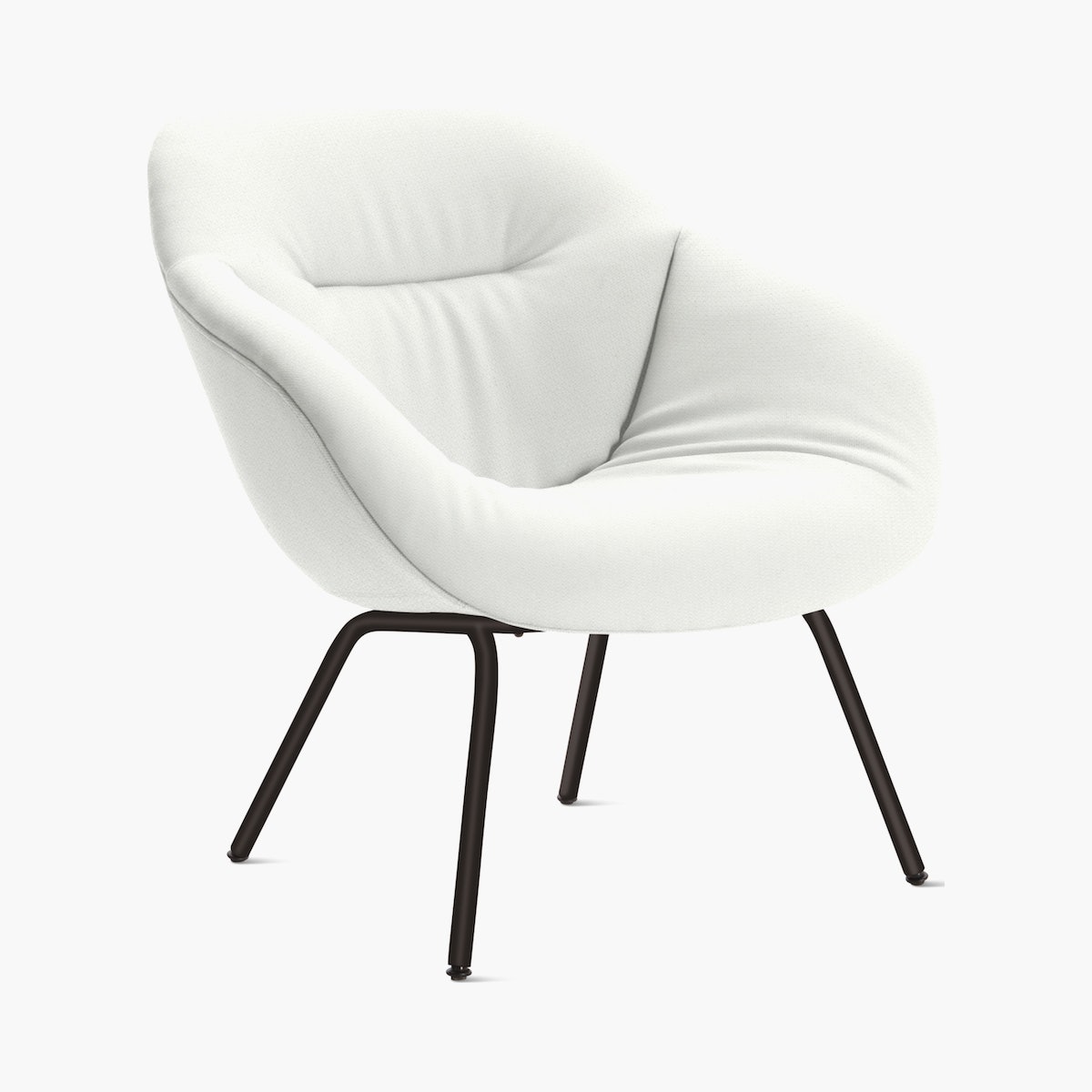 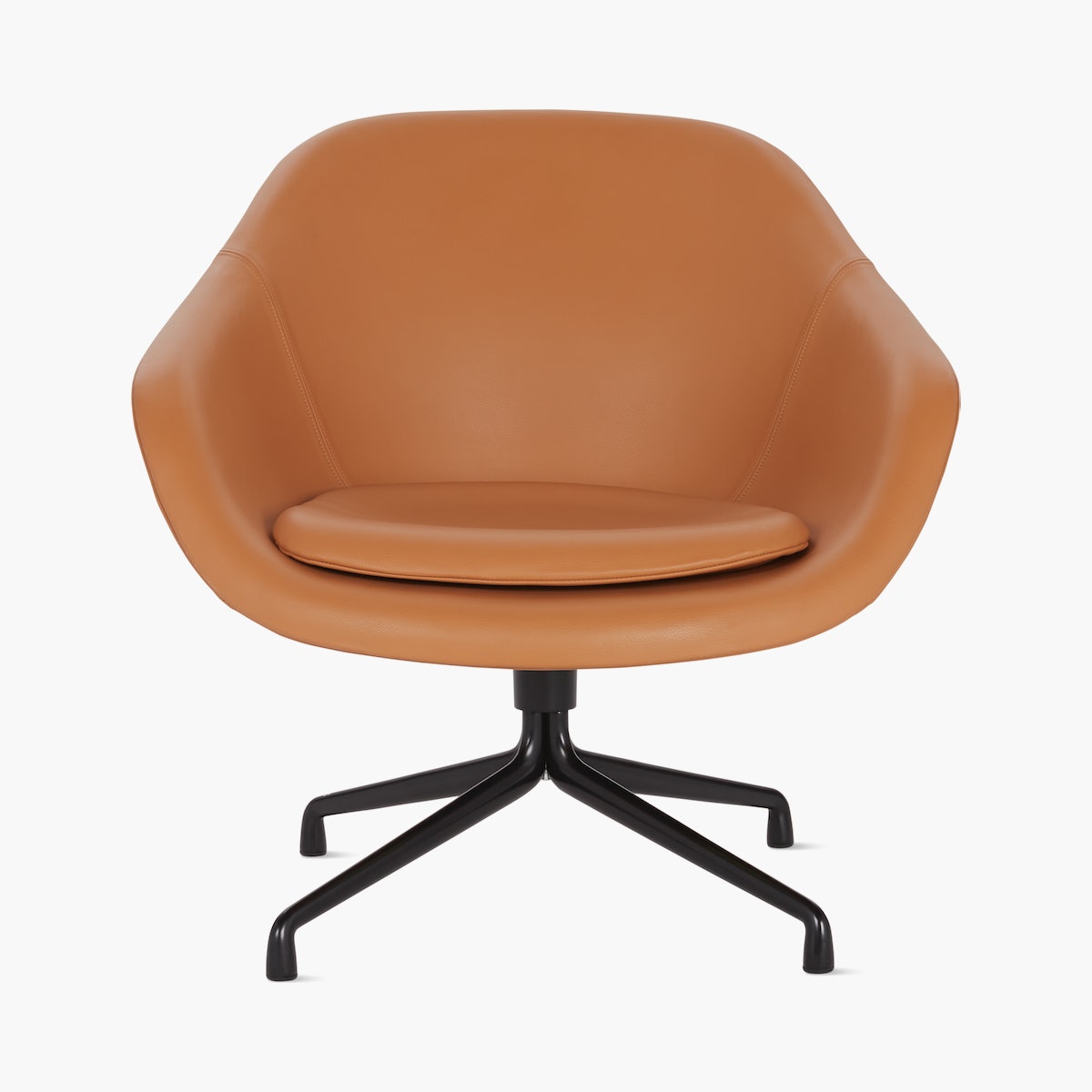 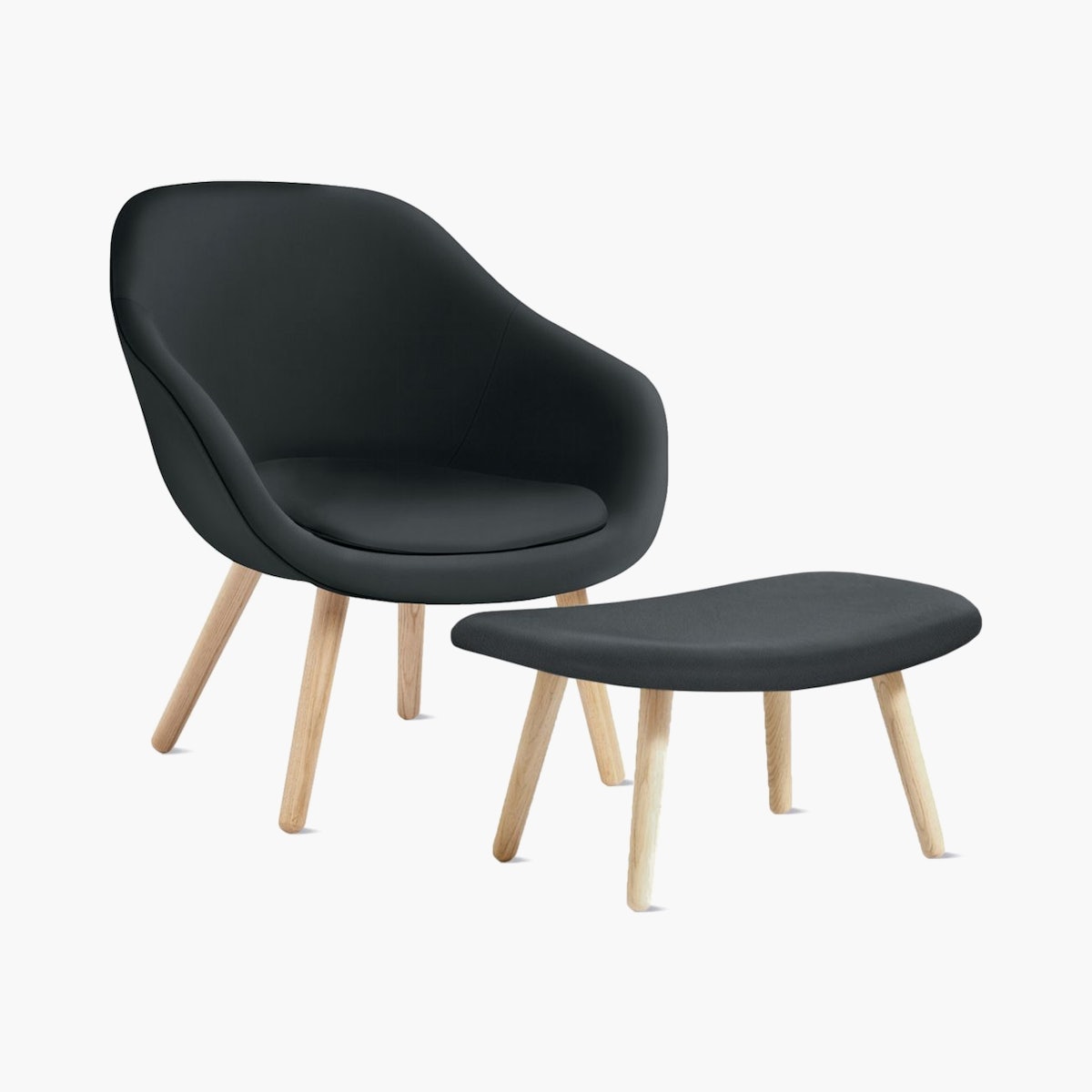 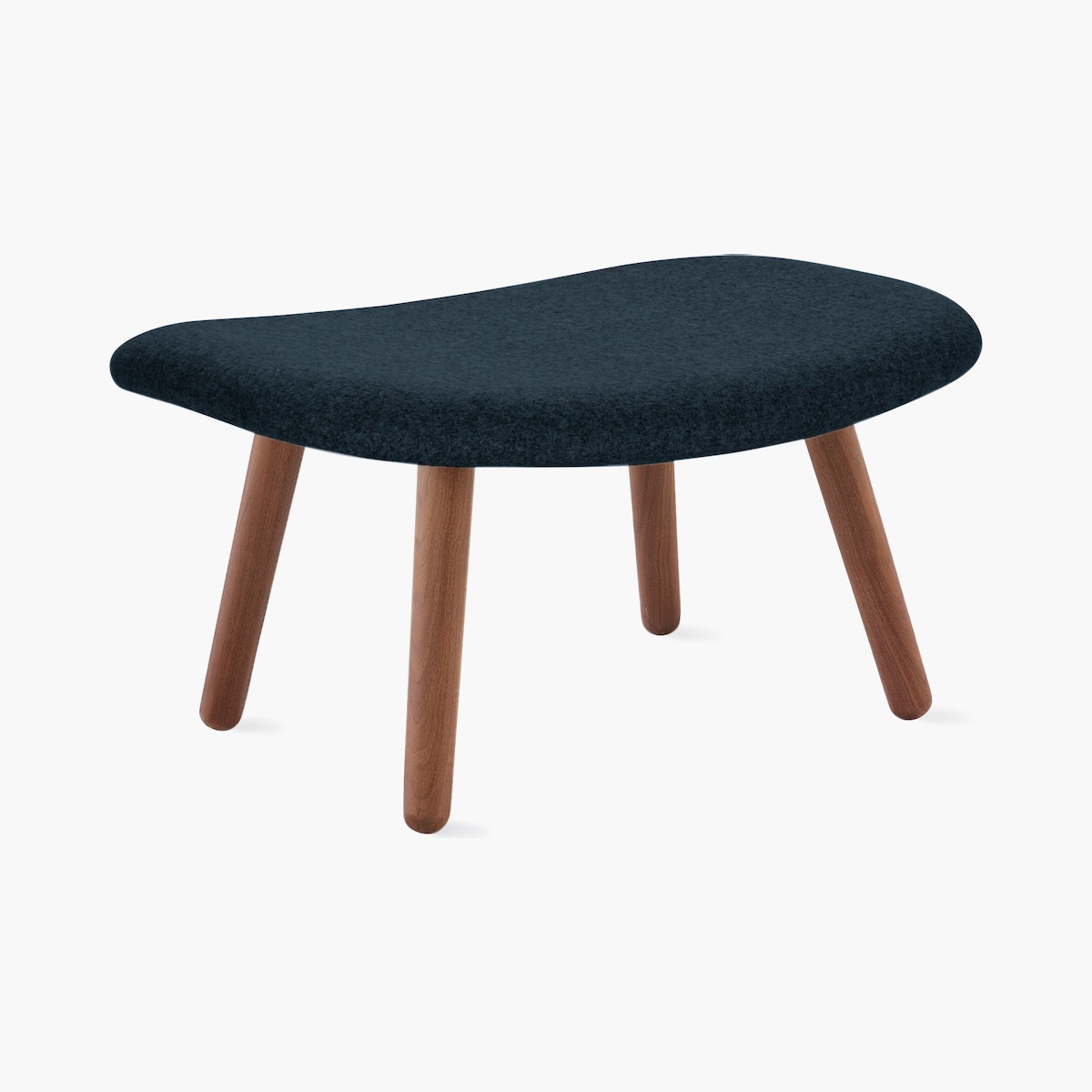 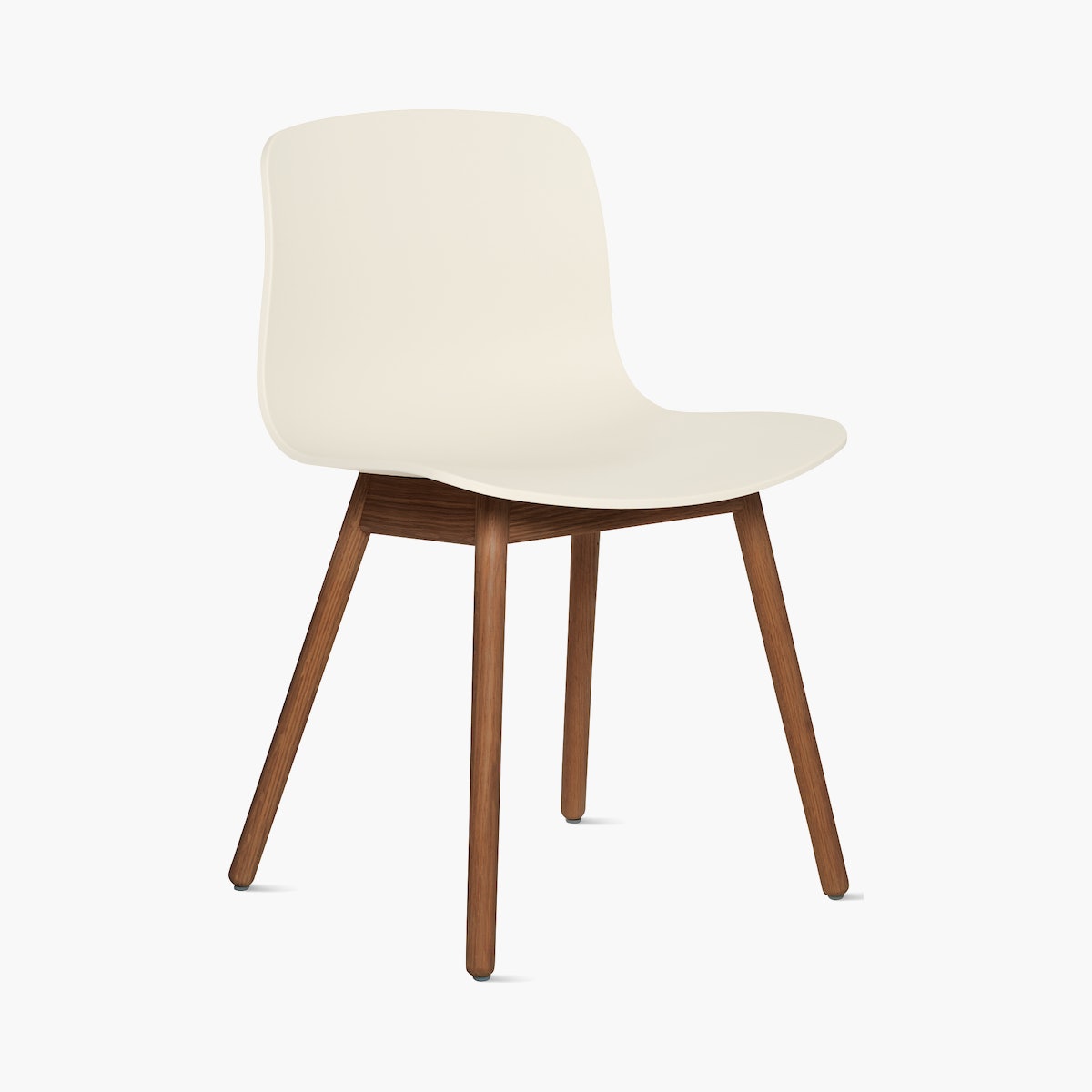 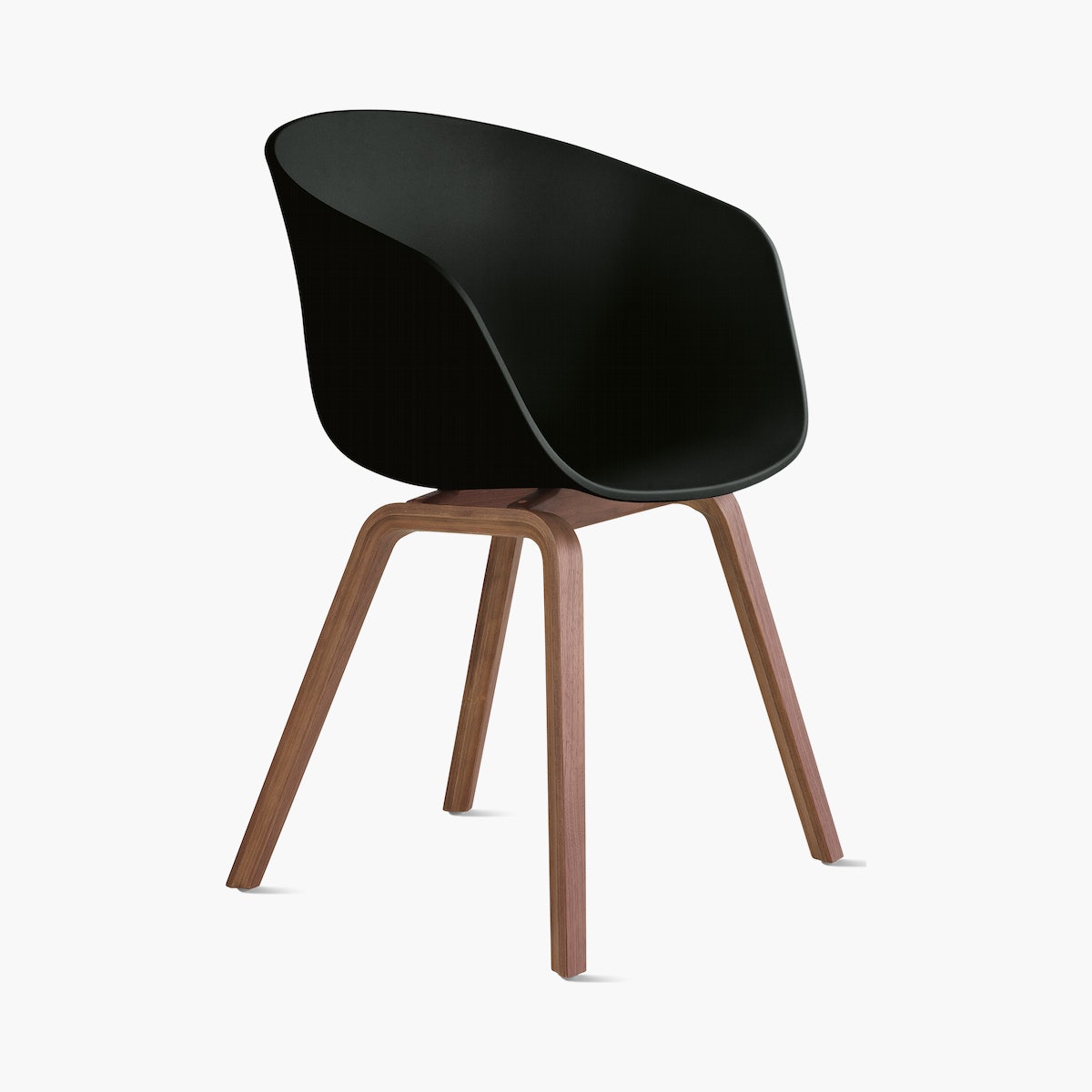 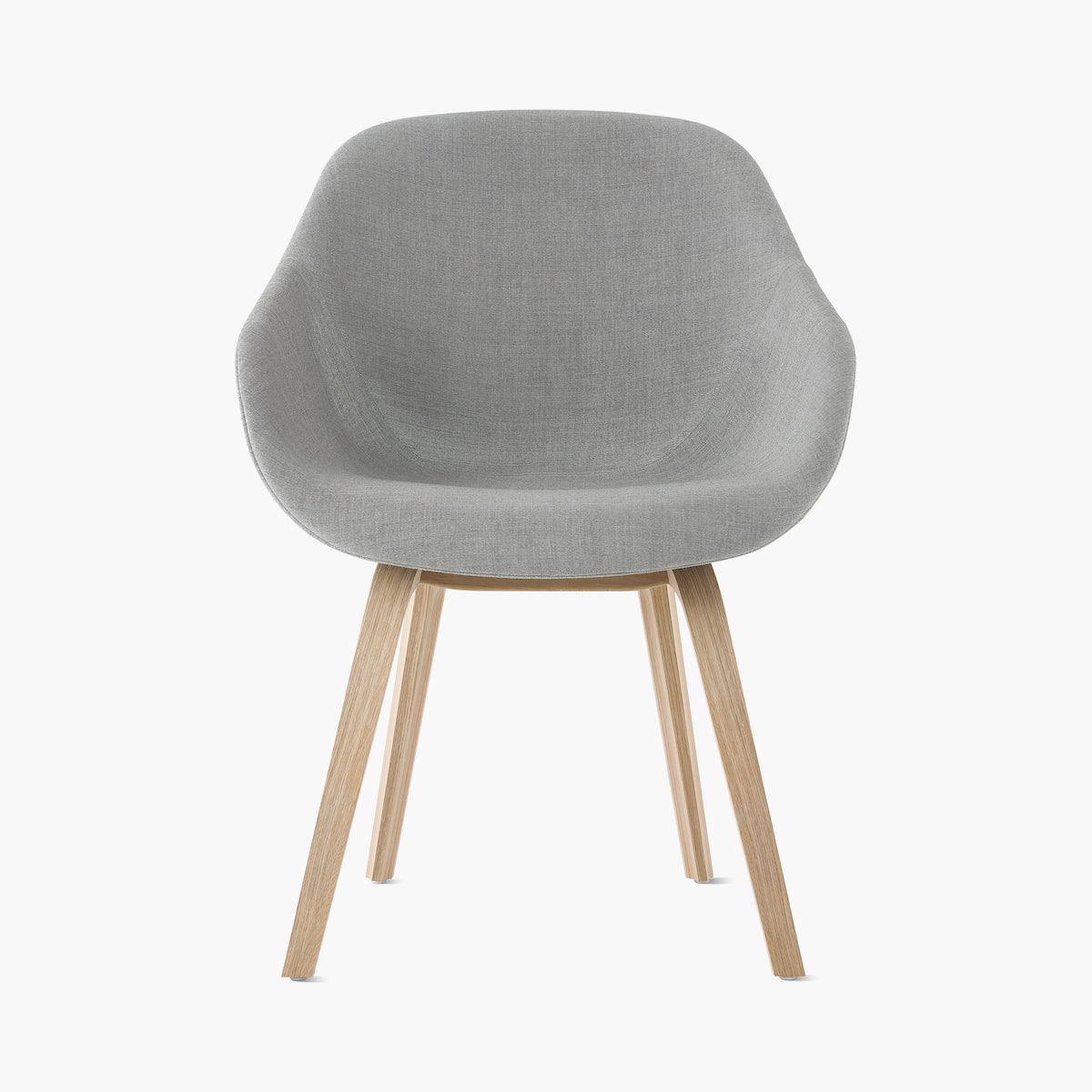 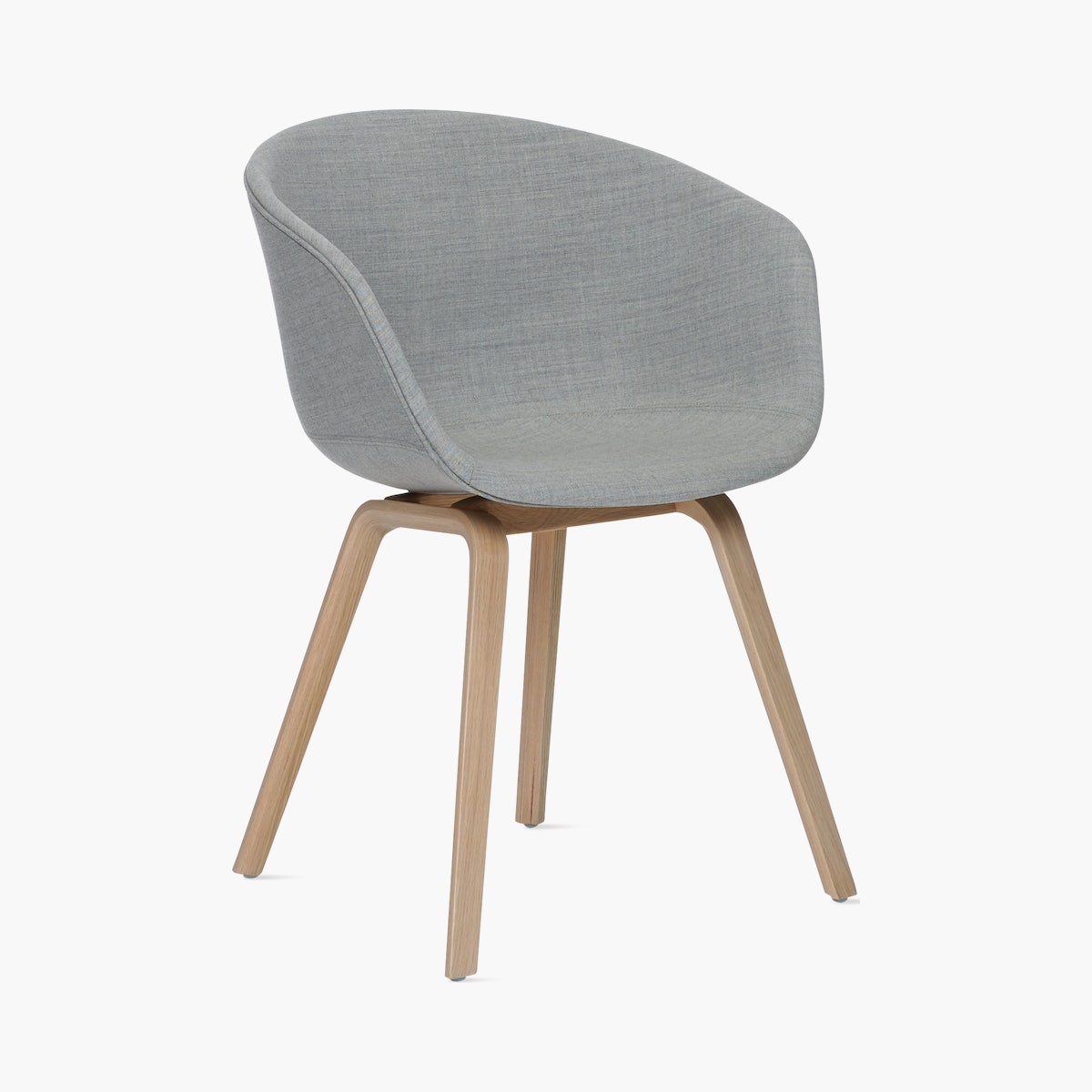 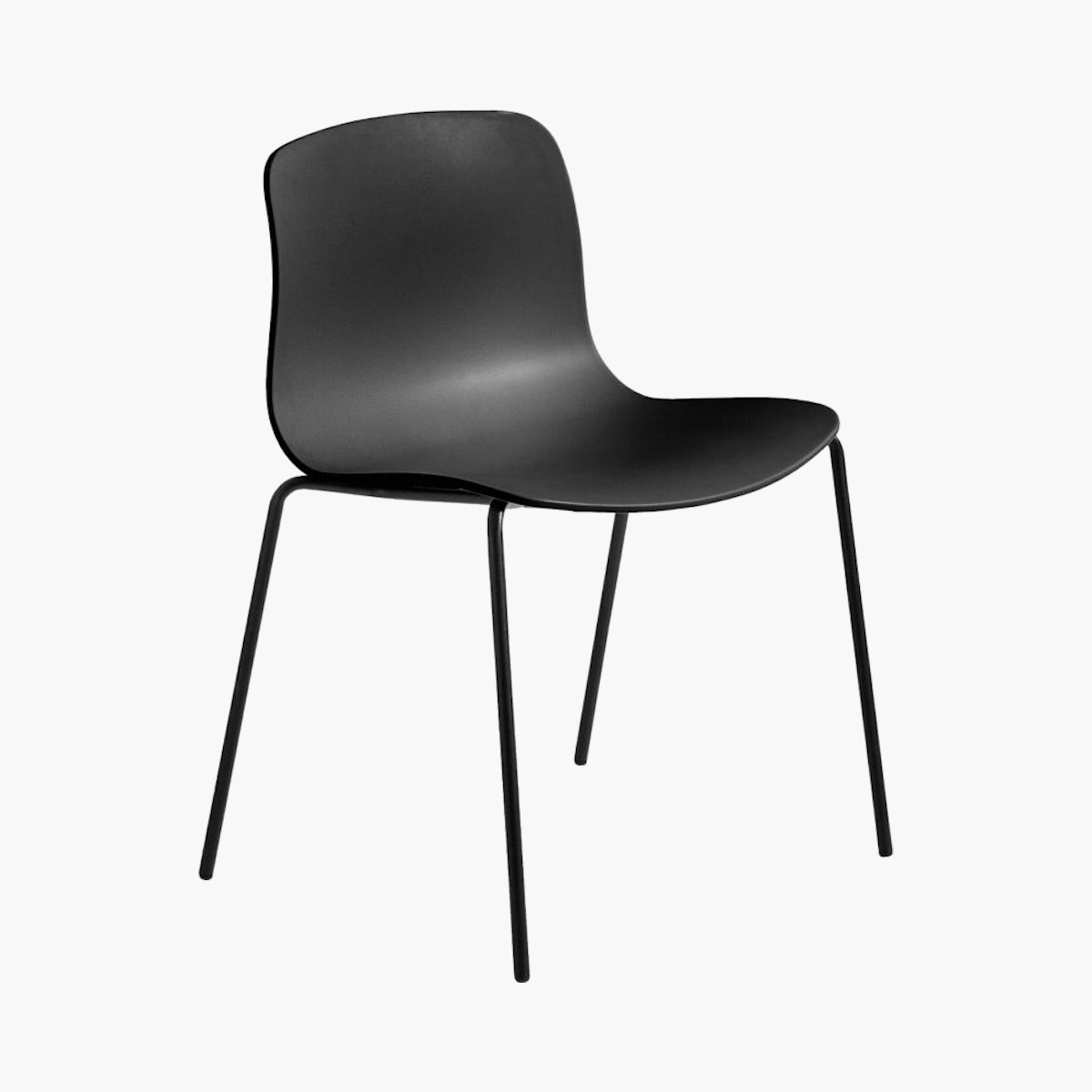 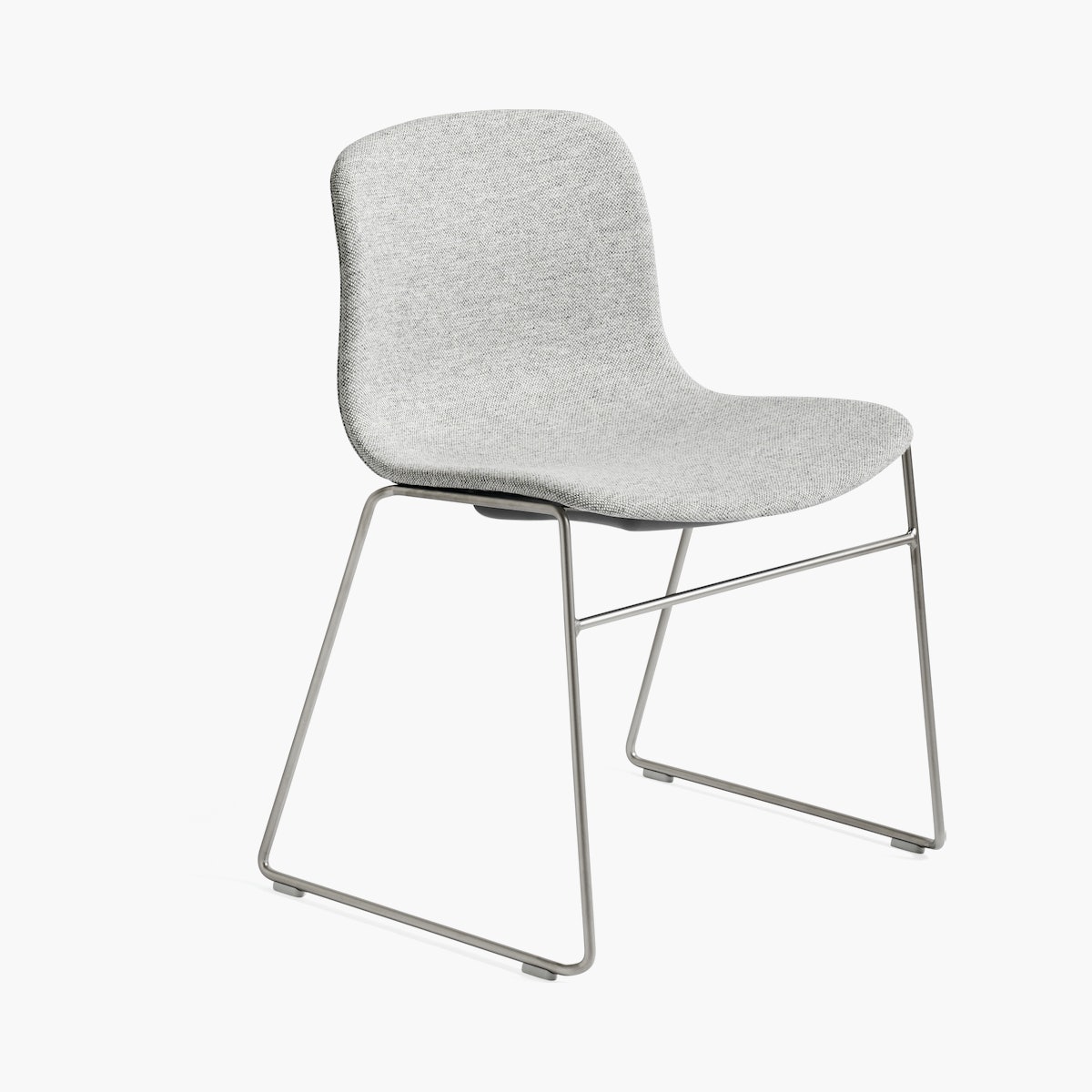 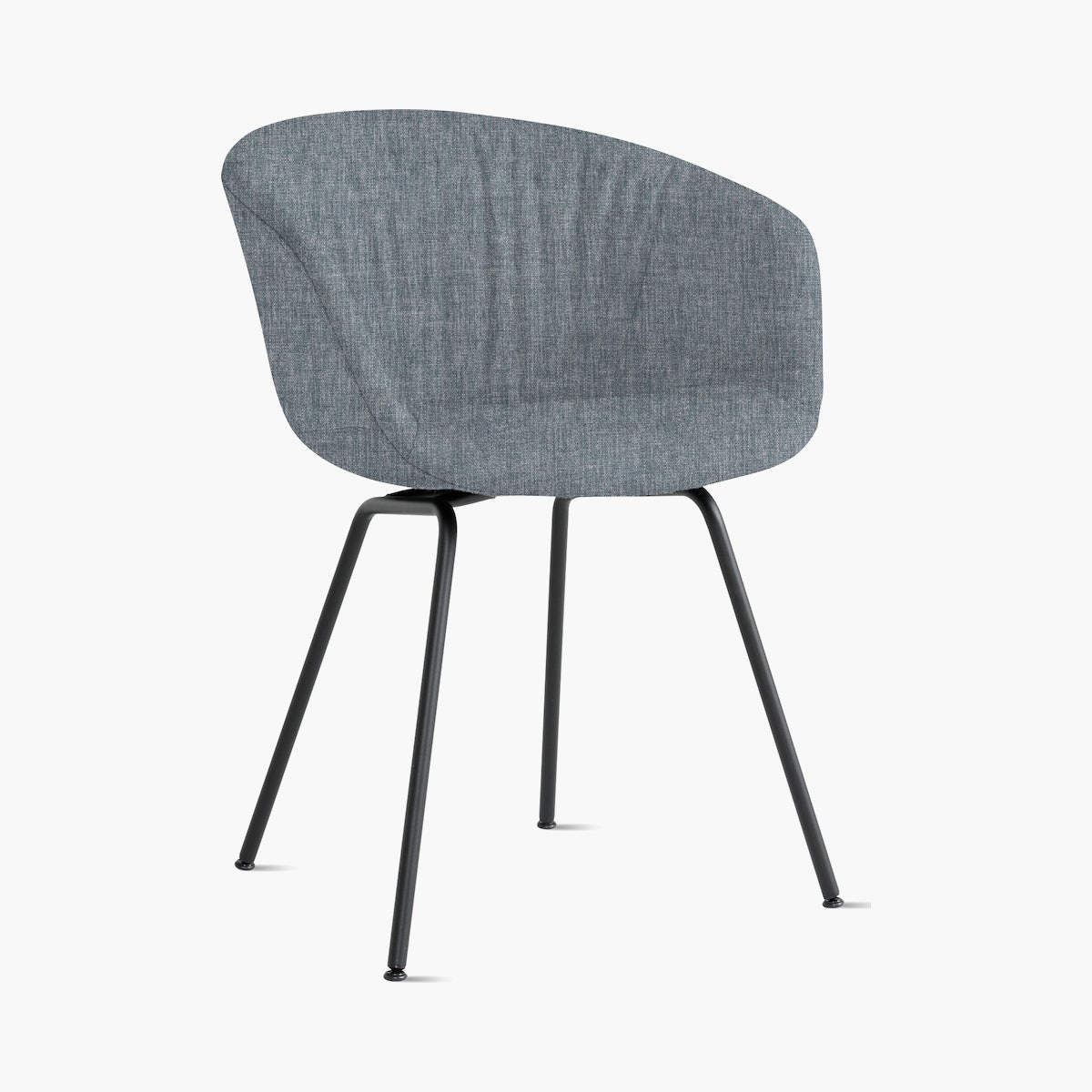 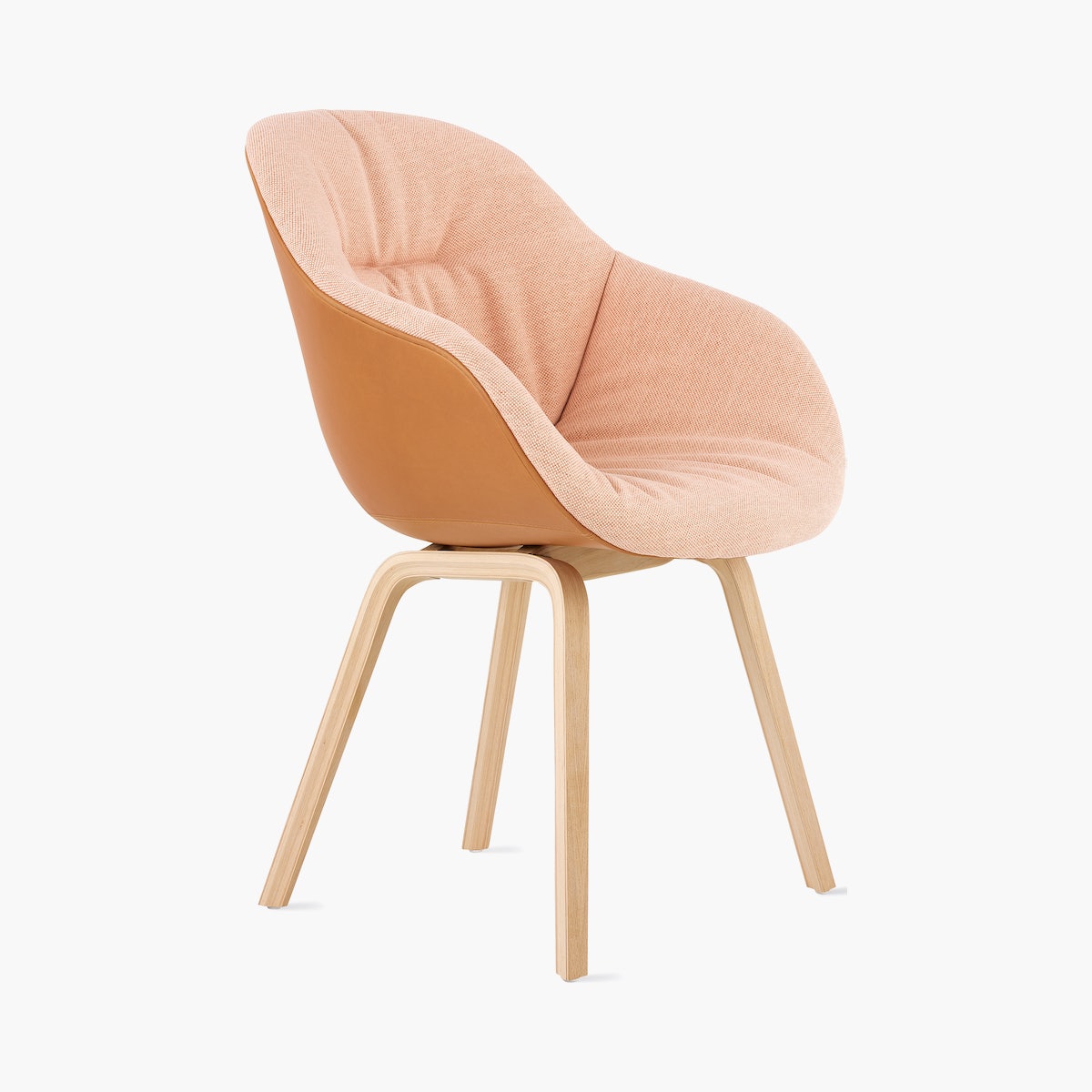 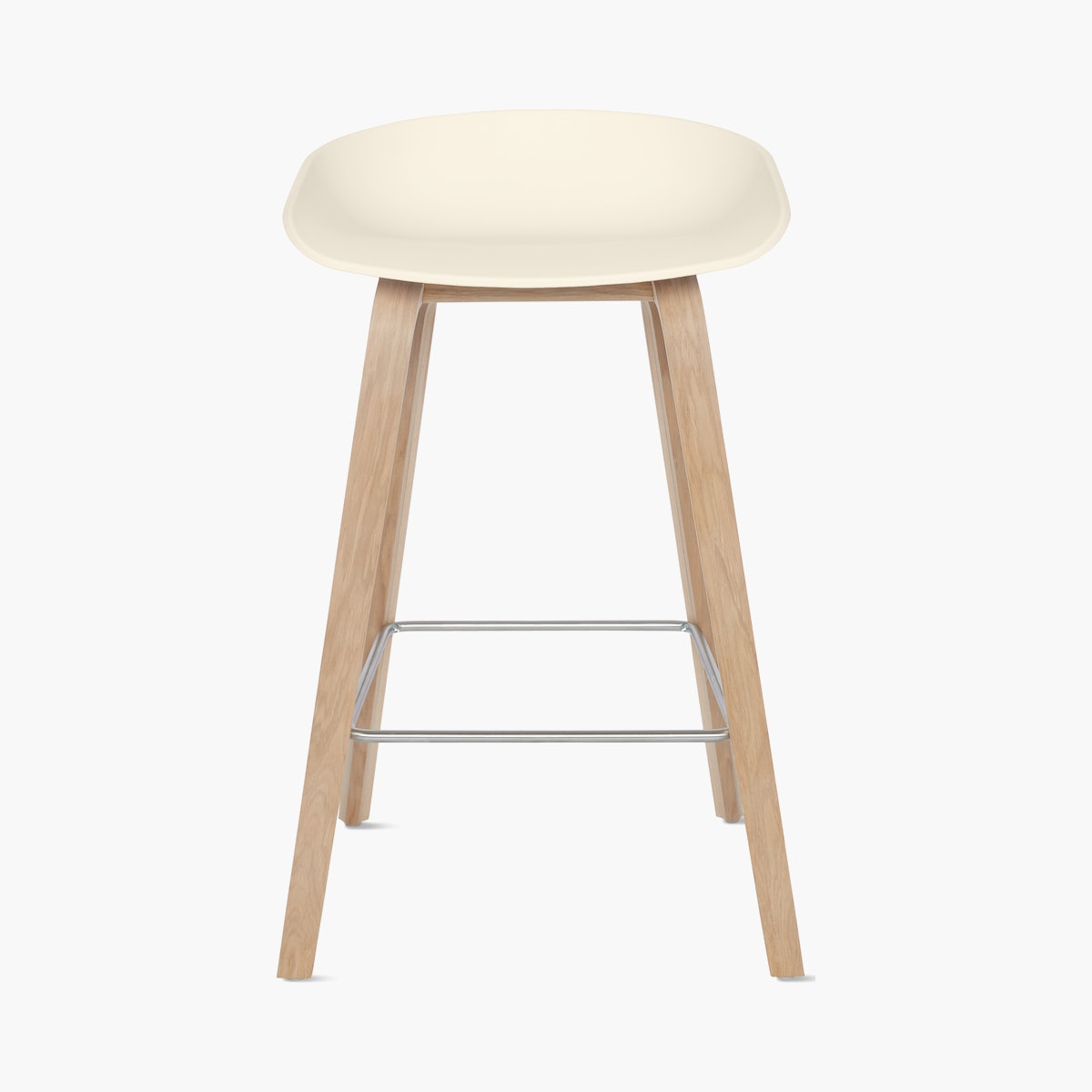 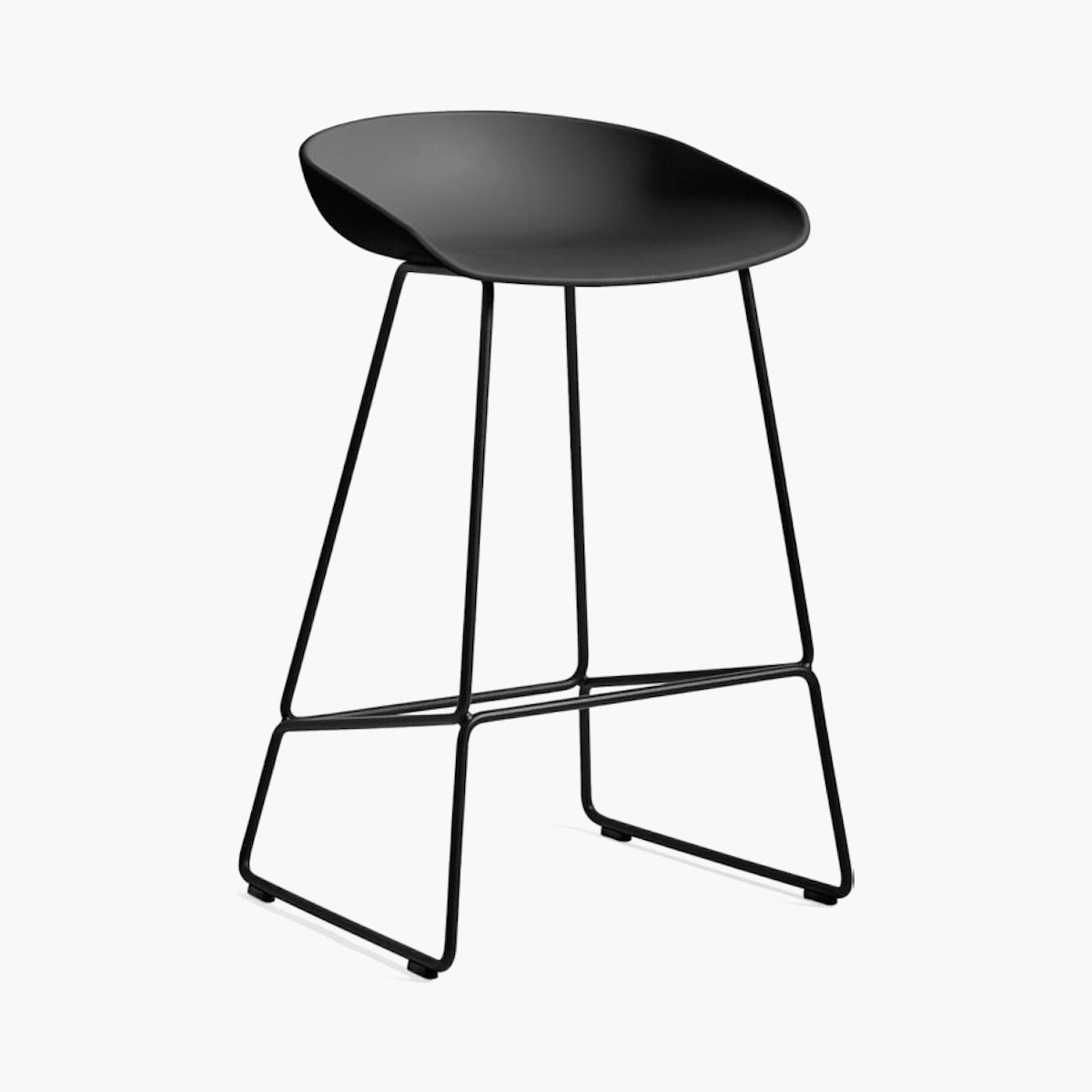 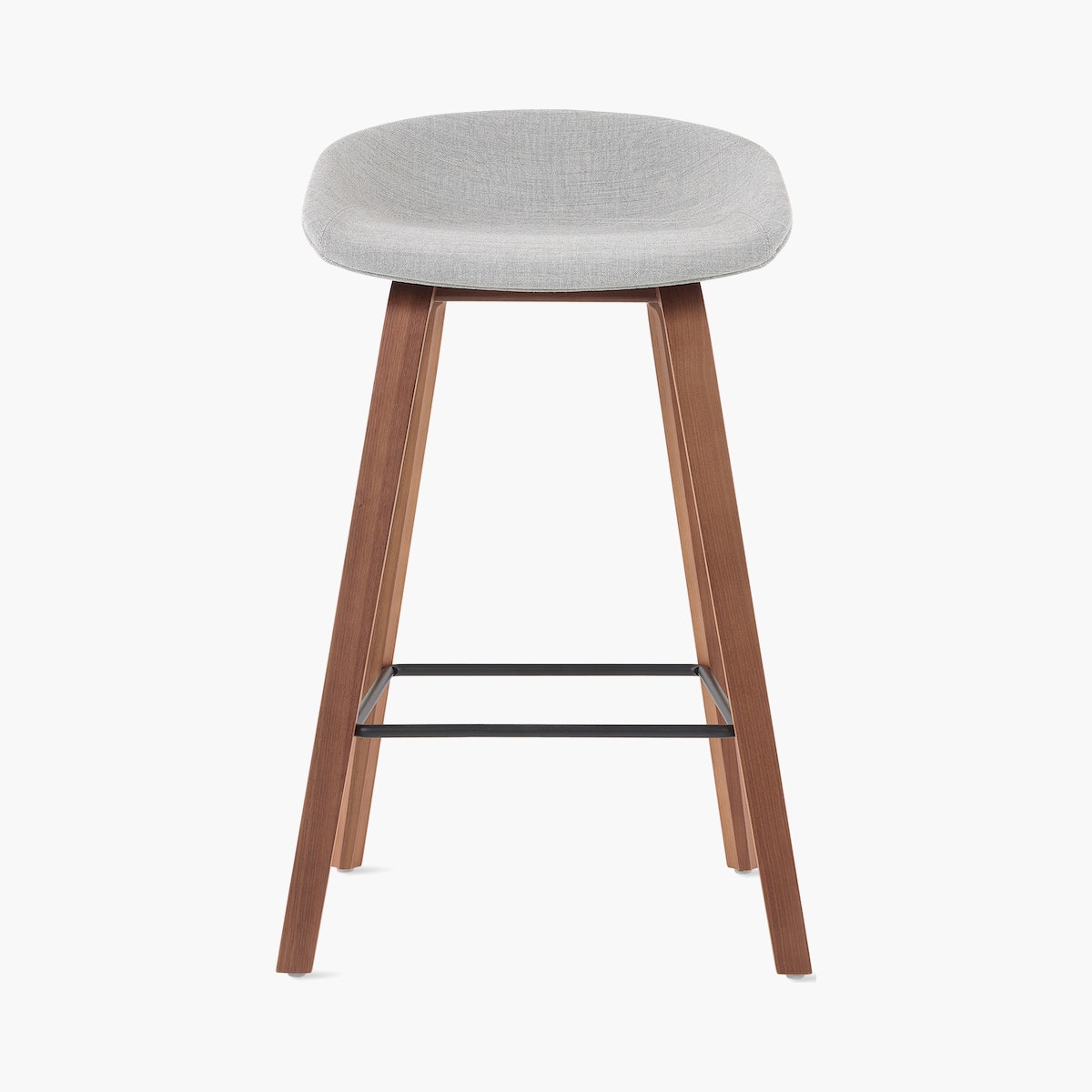 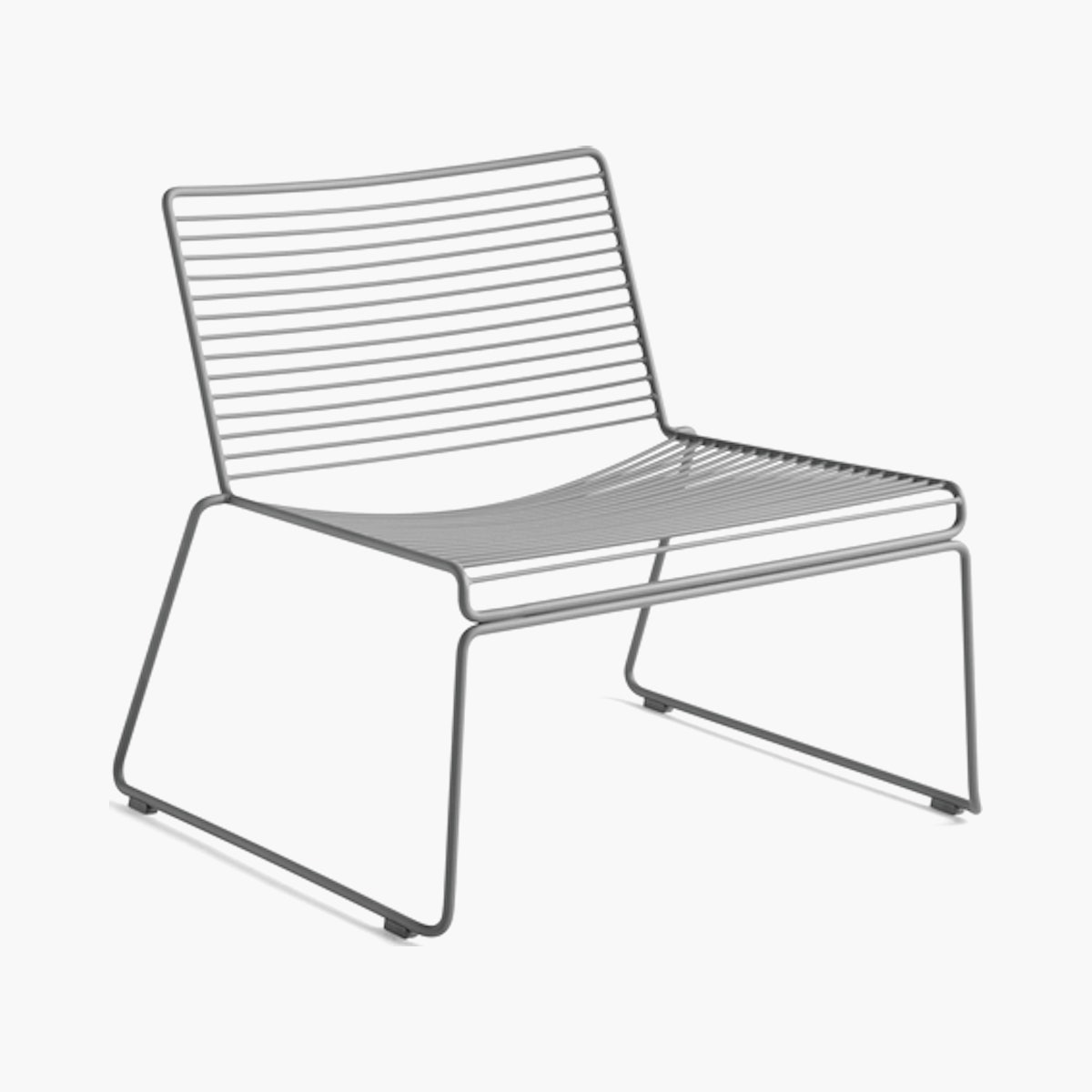 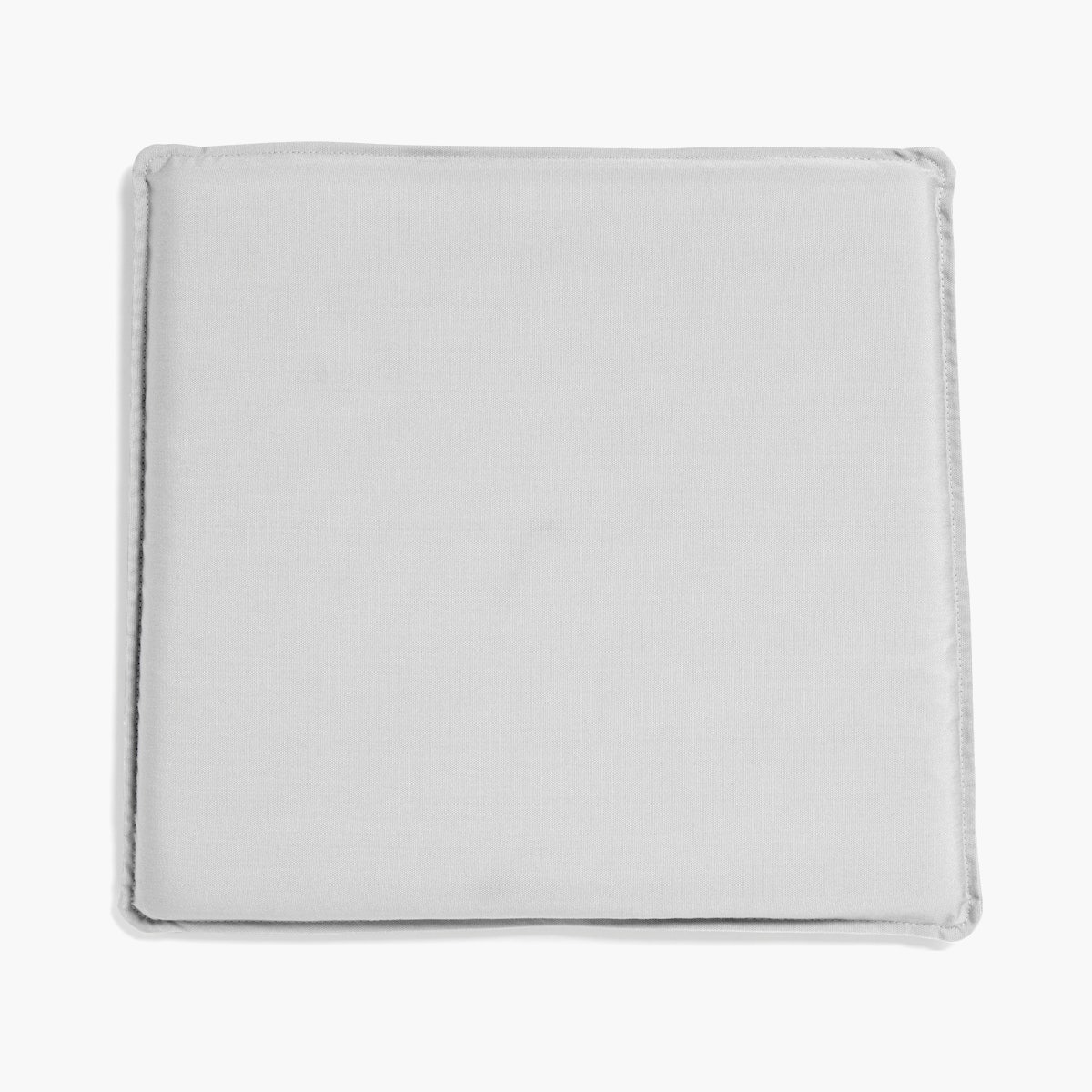 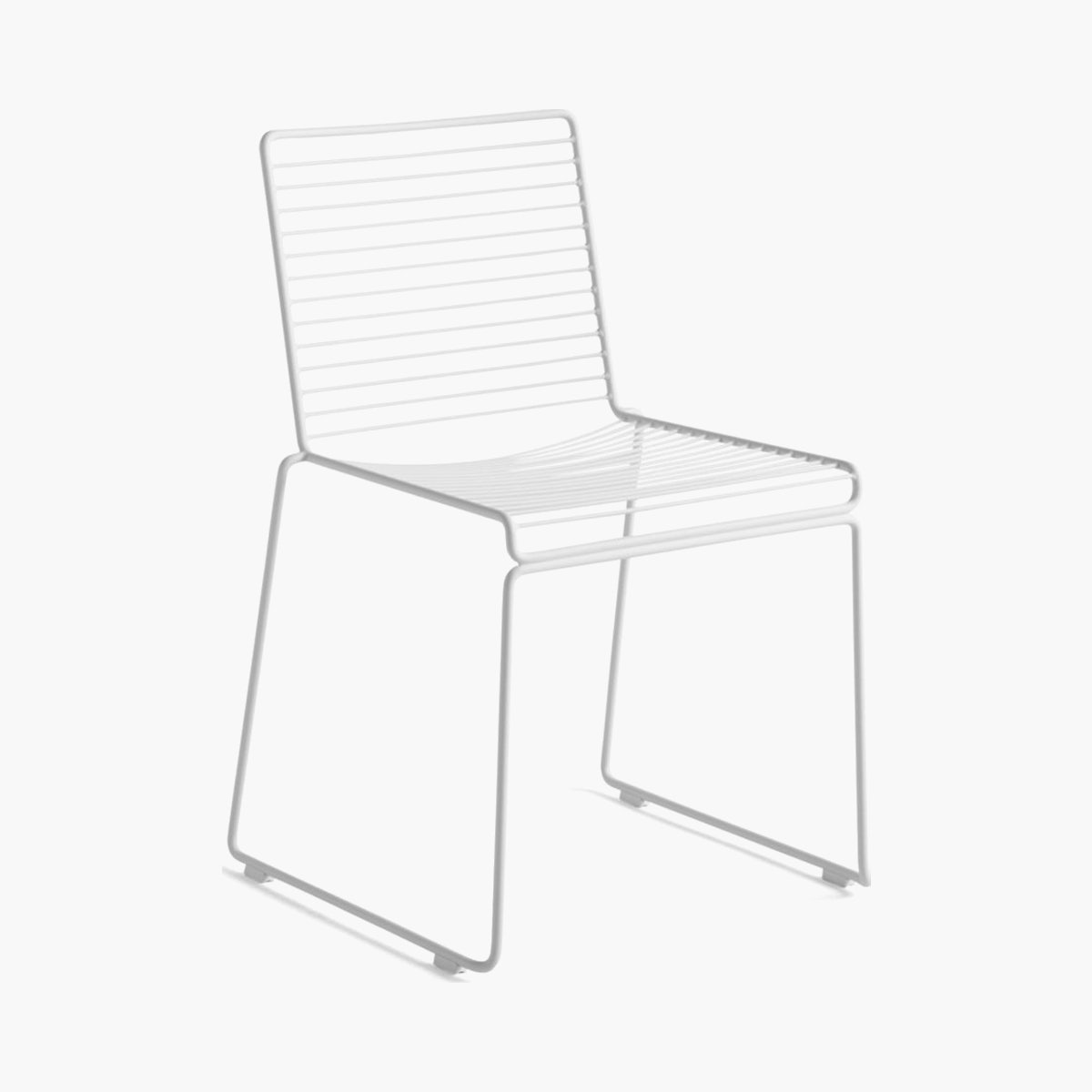 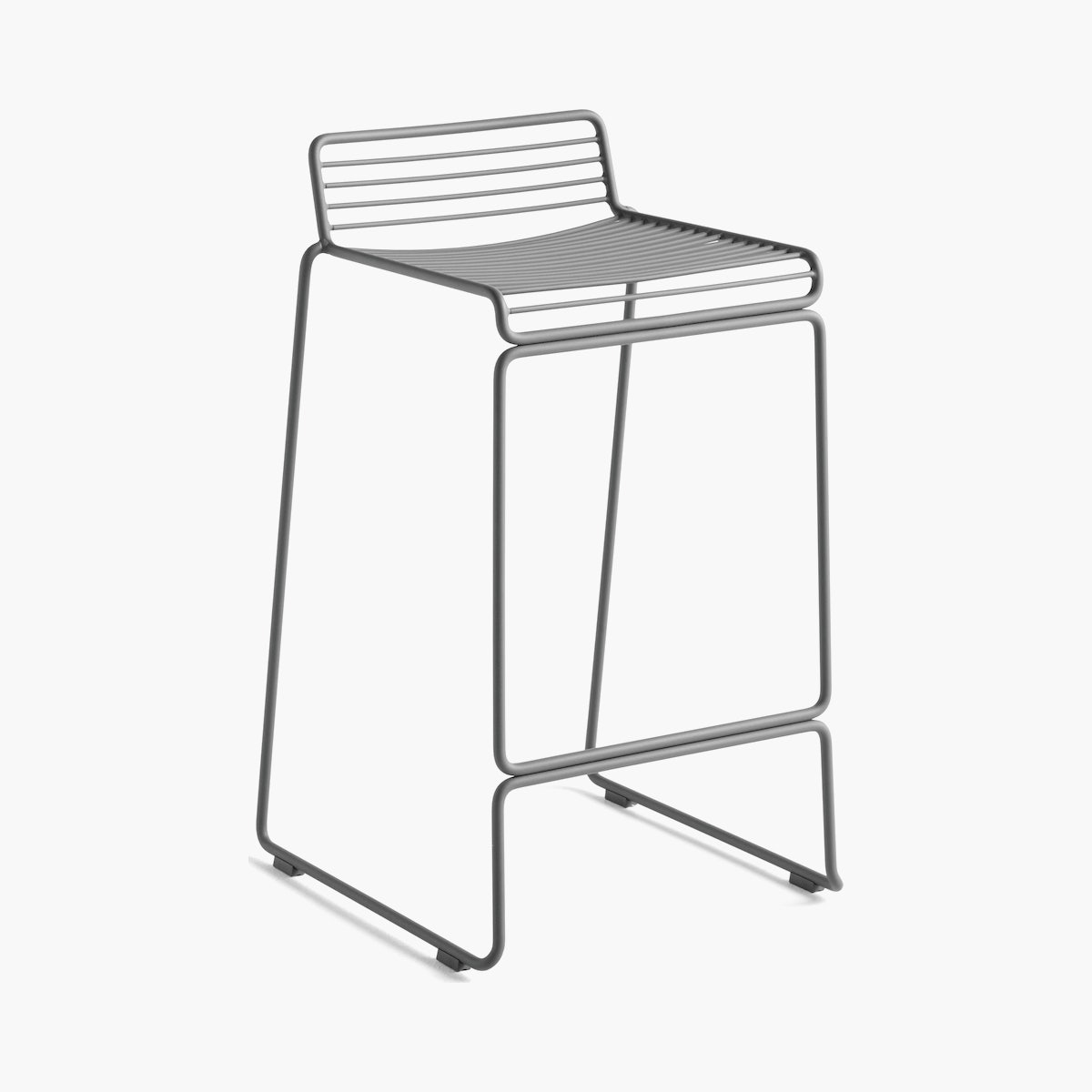 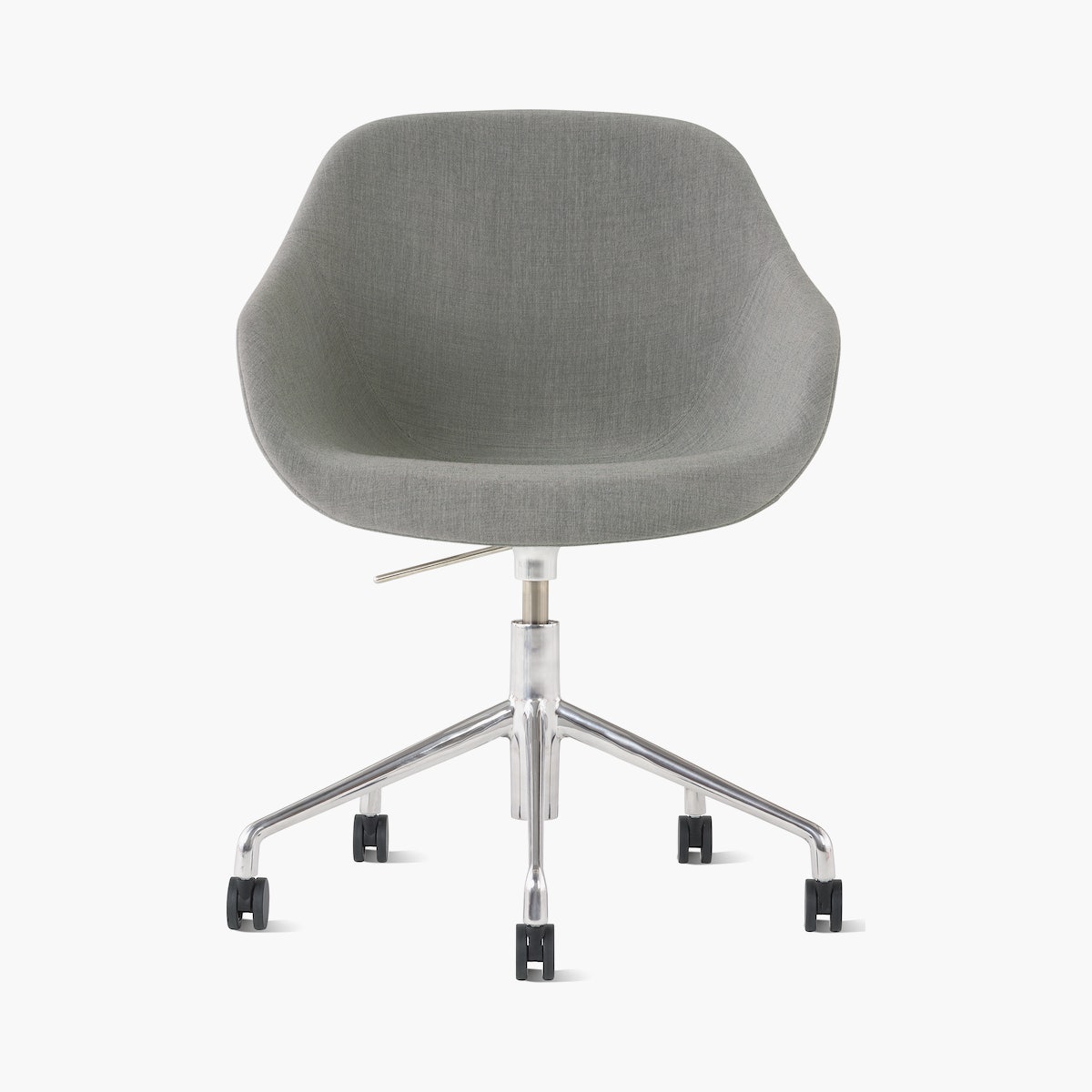 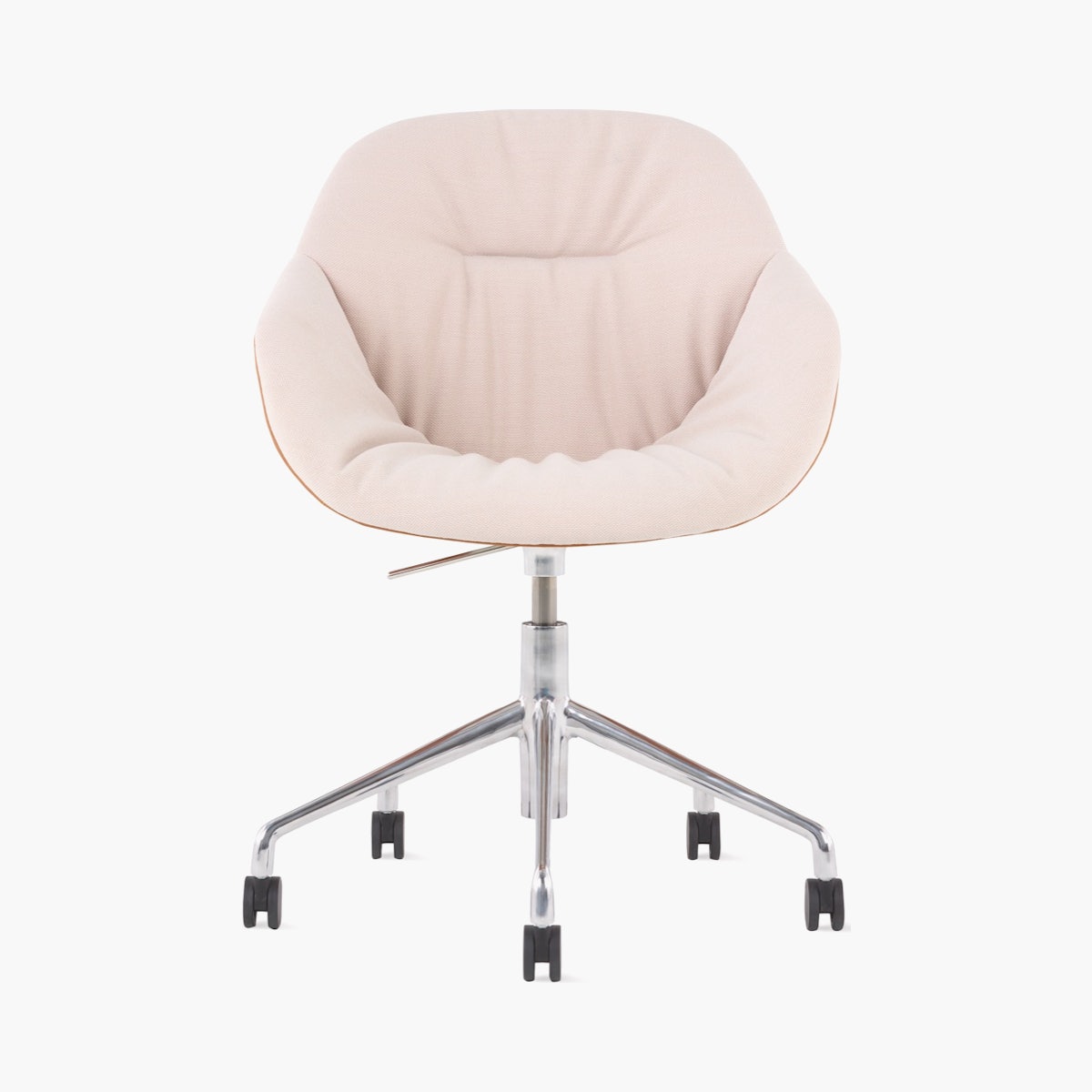 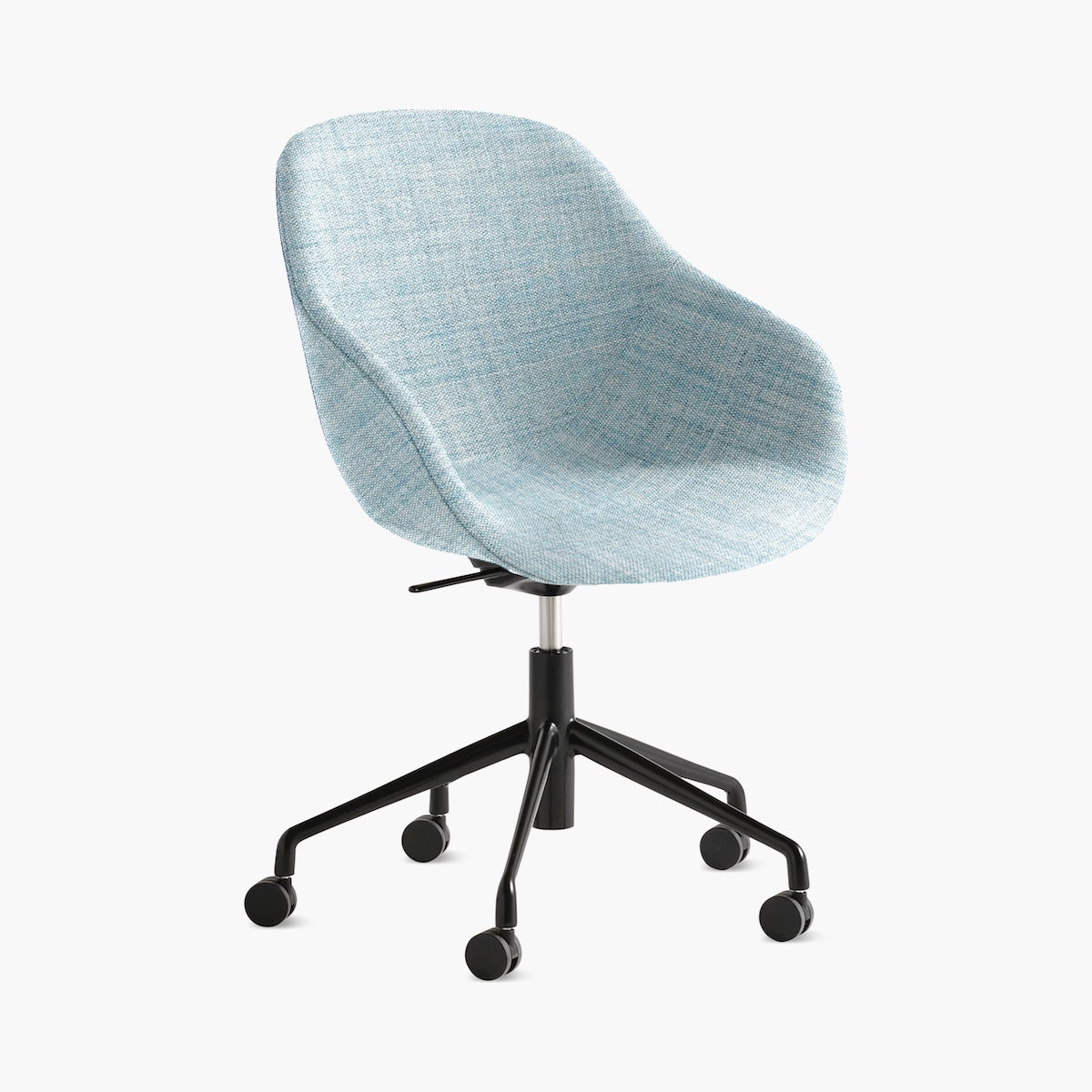