Raised in Løgstør, in northern Denmark, Per Hånsbæk graduated from Aarhus School of Architecture in 1976 with a master’s in architecture. Early in his career, though, he focused on industrial design. “I made a lot of different designs,“ he says, “technical devices for industrial use, mechanisms for upholstered furniture and loudspeakers – a lot of loudspeakers.” He also designed some wooden toys at one point.

Hånsbæk established his company, Hånsbæk Design, in 1984, and then in 1987 began a collaboration with a family-run Danish furniture company founded in 1933. “We arranged a meeting and found out that we spoke well together,” he says. “We have been working together since then.” That partnership was his first foray into furniture design, which became his focus.

“Development happens in a very simple way,” Hånsbæk says. “What do the customers need? And how do we make it rational in the most beautiful way? It takes analysis of those needs and production considerations for an appropriate and beautiful design. It’s as simple as that.”

That process led to the development of several extension tables, beginning with a round one that expands in all directions with leaves stored centrally in the pedestal, which earned patents in the late 1980s. Hånsbæk also shared patents on several rectangular dining tables, one that expands to seat up to 20 people with the addition of multiple leaves and a clever system in which the legs split to double in number and support the top’s added length.

Hånsbæk describes his design philosophy as “a good mix of aesthetics and functional and practical design with a Nordic expression.” These days, he works exclusively with furniture, designing chairs, sideboards, display cabinets and dining tables at his home studio in Højbjerg, a district of Aarhus. Since roughly 2003, he’s worked alone. “I decided to have my own business, only me,” he says. “I had partners before, and I had employees. I like more the idea of designing, not being a director for people.”
Filters Filters Clear filters
1 Results
1 Results 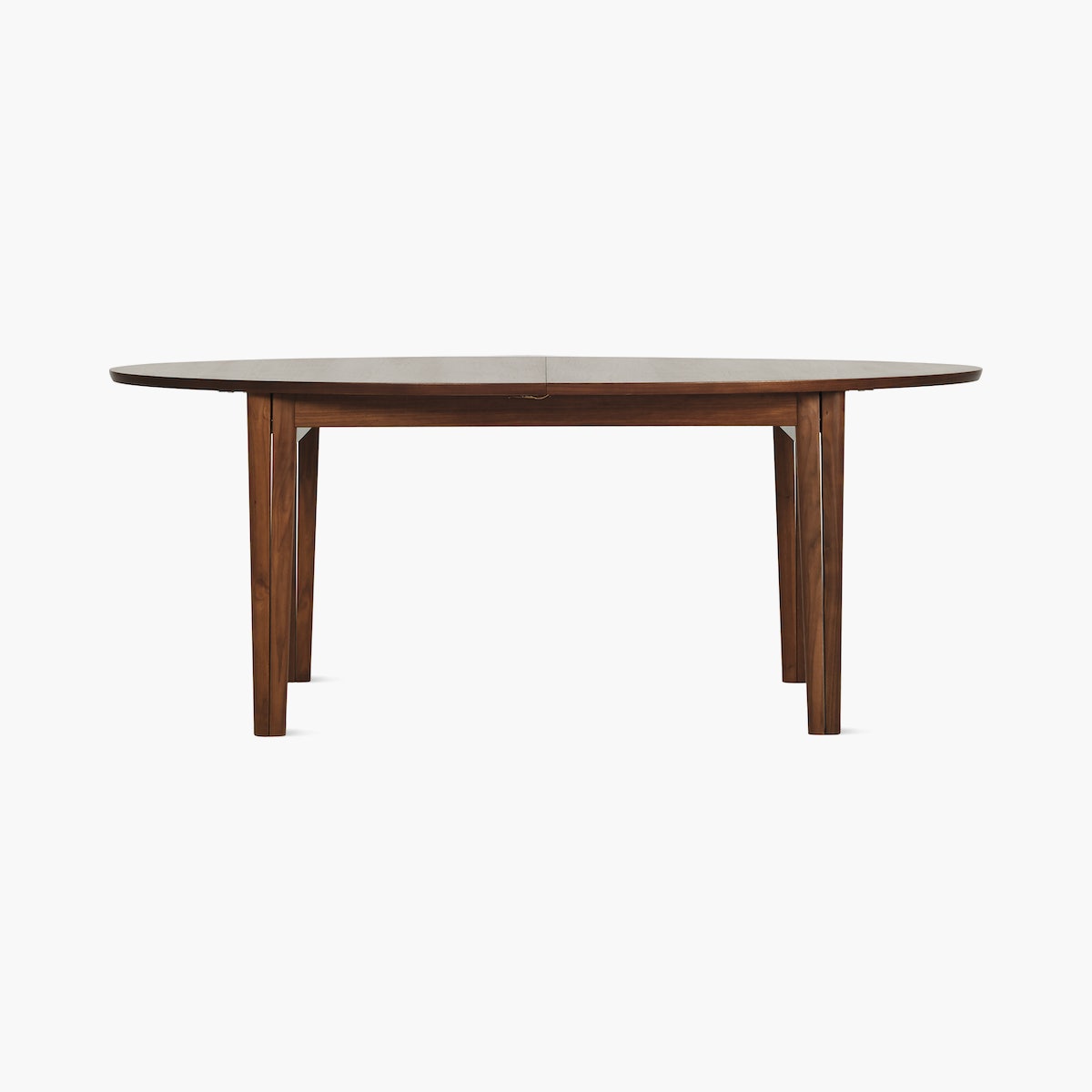