Acting on advice from a friend, Jerry Ackerman walked into an interior design studio in Detroit one day in 1948 where Evelyn Lipton was working. Producing two candy bars from his pocket, he said, “Hi, I’m Jerry Ackerman. Would you like a Milky Way?”

Evelyn was charmed. “I would have married Jerry the first time I met him,” she recalled. And so began not only a lifelong romance but a design partnership that would land the couple’s works in homes, offices, museums and private collections around the country and place their names firmly among pioneers and practitioners of what would eventually be termed California design.

After marrying that same year, the Ackermans finished their MFA degrees and in 1952 headed to California, which was alive with a new-frontier spirit affecting architecture, design and lifestyle. They had a goal of making affordable, decorative objects for young couples like themselves.

“We had very little money,” Evelyn said. “But we had a dream and each other – and a willingness to work hard.” Jerry, with his degree in ceramics from Alfred University, spent 1953 designing a line of 16 slip-cast bottles, bowls, vases and candleholders. The next year, the couple began work, inspired by the Bauhaus tenet espousing the unification of art, craft and production. They named their partnership Jenev Design Studio, derived from a composite of “Je” and “Ev” from their first names. “We thought it sounded very European,” Jerry recalled with a grin.

The ceramics caught on, and in 1954, the Pasadena Art Museum (now Norton Simon Museum) included their work in the first California Design exhibition focused on decorative arts. It would be the first of many museum shows and design awards associated with their work.

By the mid-1950s, fueled by optimism and a willingness to experiment with different materials and techniques, the Ackermans began expanding into mosaics, tapestries, woodcarvings and cast hardware. Evelyn, demure and endlessly creative, took the lead. Jerry, the gregarious one, left ceramics behind and focused on production, marketing and sales while continuing their creative partnership. “We were ahead of the curve in terms of decorative accessories,” he said. “Before our designs, everything that went into a house was either a painting or a print.”

In the 1980s, the Ackermans refocused their creativity on personal pursuits and stopped producing commercial work. Evelyn took on an ambitious cloisonné project that now resides in the permanent collection of the Smithsonian American Art Museum, and Jerry returned to wheel-thrown stoneware for the first time in 30 years. His work from that period is also found at the Smithsonian. Many other museums now house Ackerman pieces, including the Los Angeles County Museum of Art.

“The fact that we were able to stay together and work together side by side and produce what we felt was an enduring body of work made us happy,” Jerry said. “It was a wonderful life together.”
Filters Filters (8) Clear filters
5 Results
5 Results 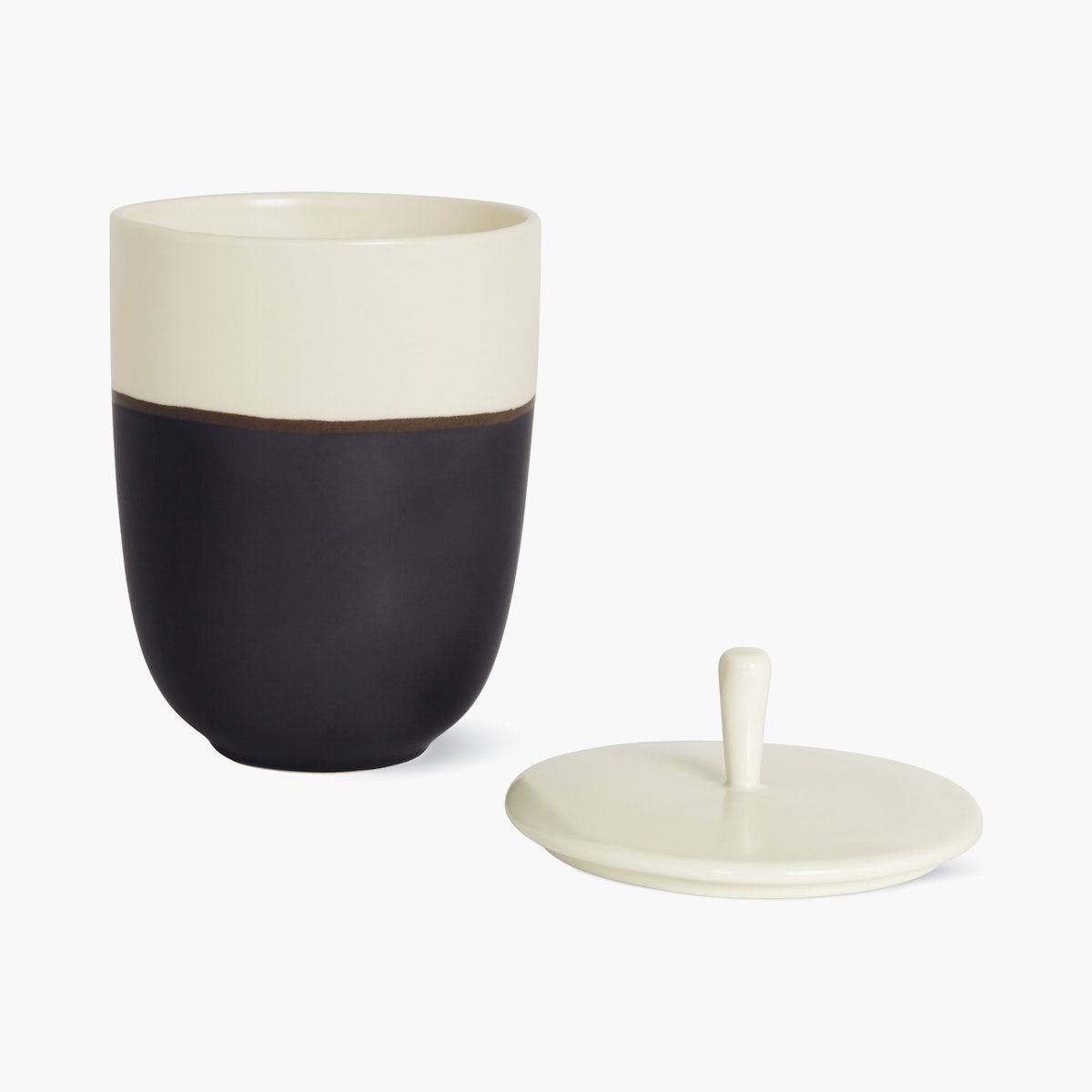