Ole Flensted was 3 years old when his father, Christian, made a mobile to celebrate the christening of his first daughter, Mette, in 1953. The mobile, still in existence today, featured three storks suspended in flight and was later named Lucky Storks. At the time, the elder Flensted was an advertising agent and had been trained as a book editor to follow in the footsteps of his father, publisher of Hans Christian Andersen’s fairy tales.

After a few more mobiles, Ole’s father and mother, Grethe, founded Flensted Mobiles in 1954 and soon needed help from neighbors on the island of Funen, Denmark, to assemble and package their creations, a practice that continues today with more than 60 local artisans.

“I sort of helped with them, but it’s not really a kid’s job,” Flensted recalls. “I could do some of the simple work, but not assembling the mobiles. It needs some kind of accuracy to make them.” Flensted, the oldest of three children, made his first production mobile in 1970, and his father named it Futura after the typeface – and also as a suggestion of Ole’s future, which was realized in 1982 when he and wife Aase began running the company.

“In the beginning, I didn't want to take over my father’s business, of course,” Flensted says. “I wanted to be either an architect or a photographer. But I ended up here like most kids do with the chance for taking over the company.” After a couple of moves to accommodate expansion, the company relocated to a former school in Brenderup, on the northwest shore of Funen.

“I like to start a mobile by playing with the cardboard,” Flensted says, “and to cut it and fold it and to see how it goes from 2-D to 3-D. And then you combine it with other forms, put it together and suspend it from wire.” Flensted has designed more than 50 of the 160 or so mobiles the company has released since 1954. Most are made of cardboard, a few of wood or aluminum. Sales number in millions of units all over the world.

“The two essential things about mobiles” Flensted says, “are movement and balance – our mobiles, at least. A mobile “is the only thing that moves in your house besides your human and your cat and dog, maybe. So it attracts your eye.”

For relaxation, Flensted and family take to the air currents themselves. “We have our own hot-air balloon,” he says. “We call it our biggest mobile.”
Filters Filters (9) Clear filters
4 Results
4 Results 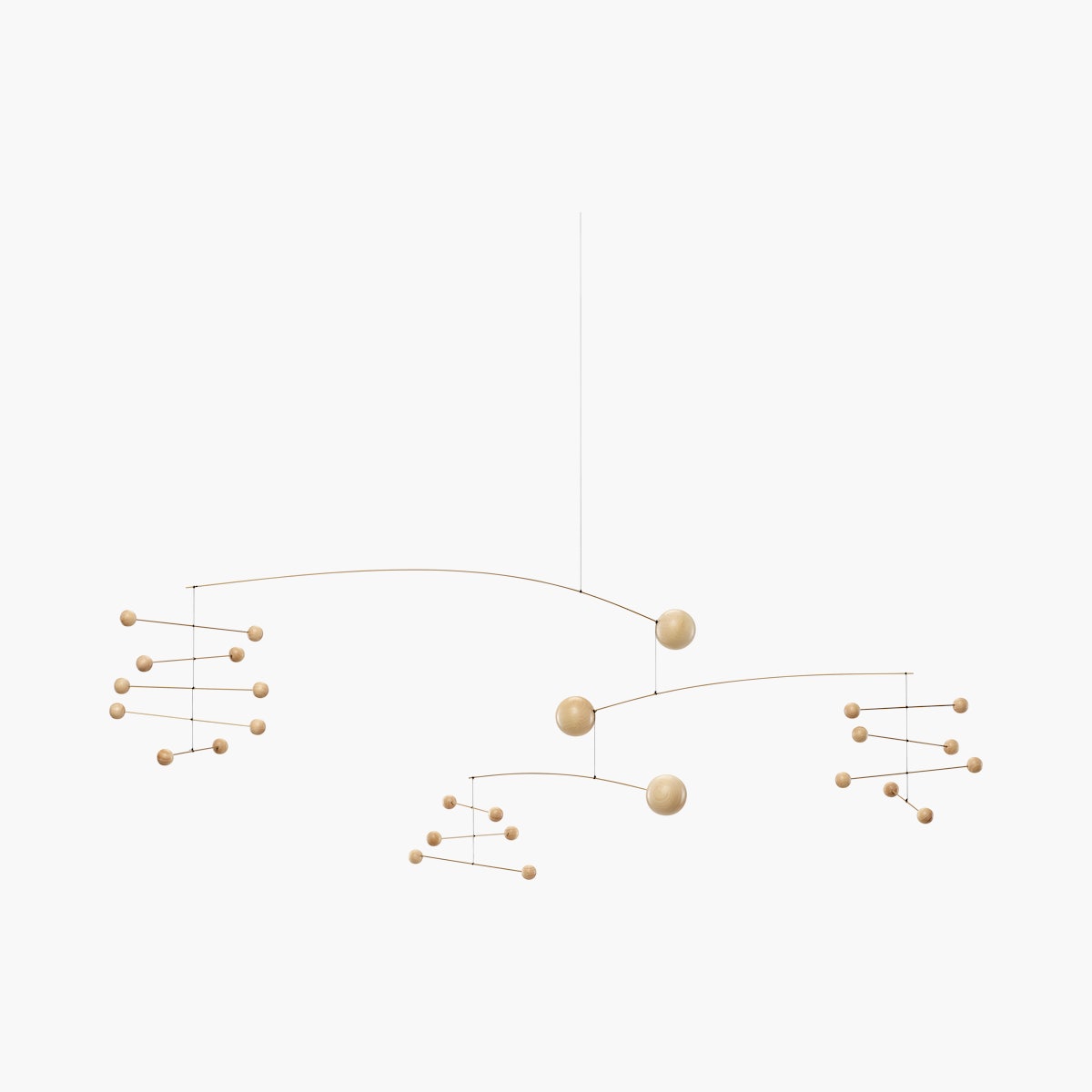 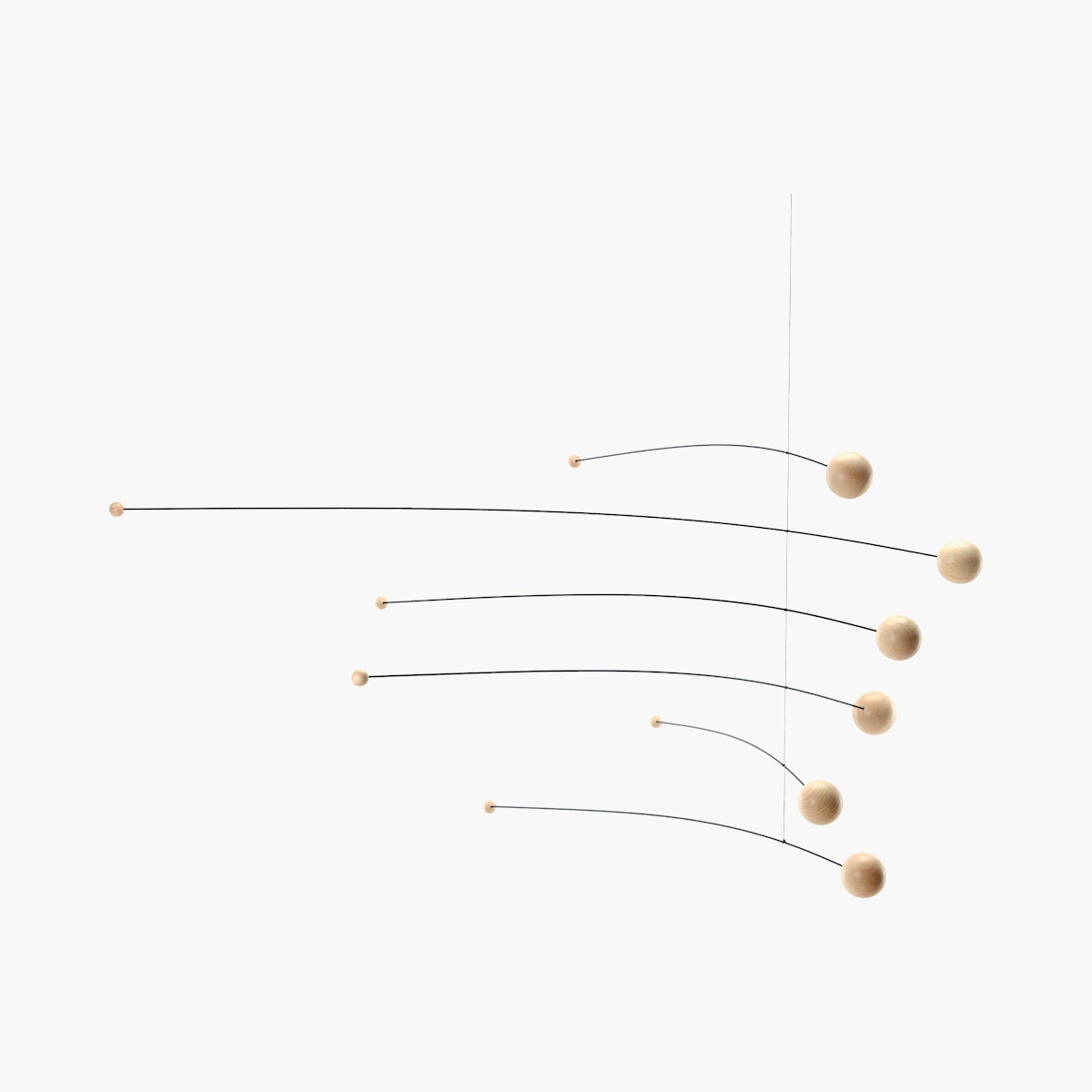 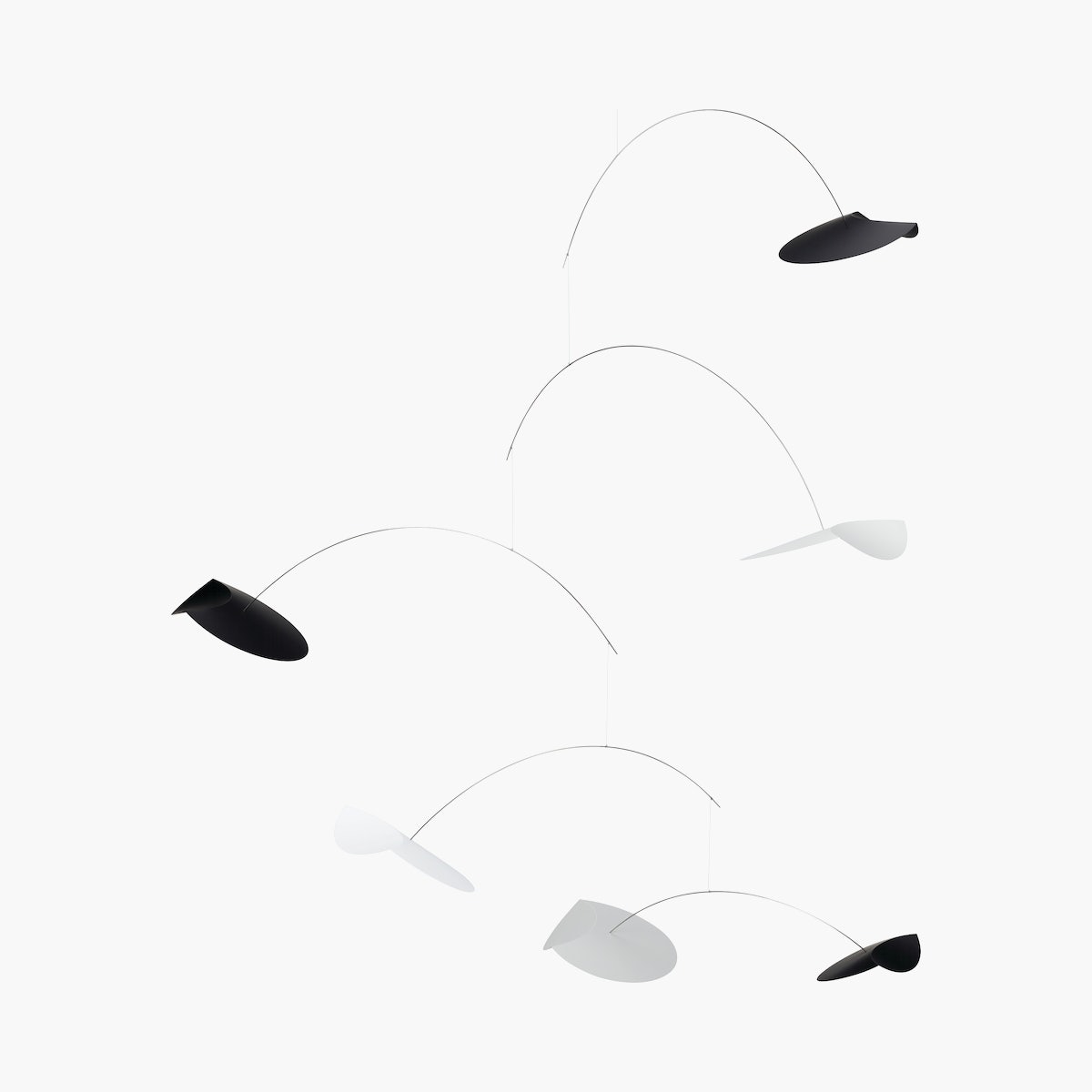 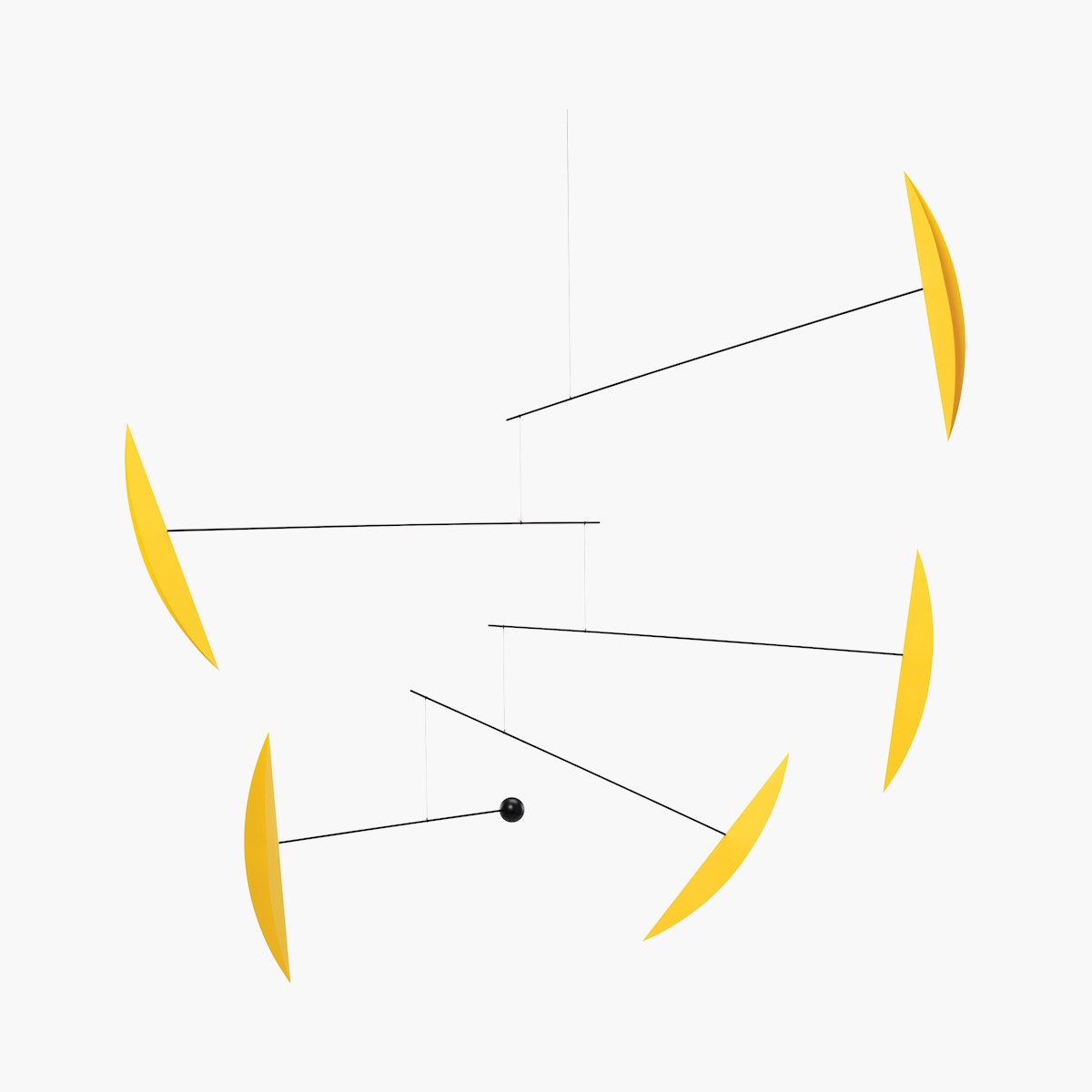